The Bell Street Mall is located on Bell Street in West Heidelberg, a typical centre zone Melbourne suburb. The Mall includes 80 businesses and public areas for patrons to sit and rest during their stay. Stores include food stores, clothing stores, supermarkets and various specialist stores catering to the local Somali community. Across Oriel Road in the newer development, there is Aldi and other stores.

At the entrance of the Mall, shoppers are greeted by the Mall Sculpture, showing a family of three sculptural figures, probably made of cast metal and lately re-decorated through the application of paint. The mall is the focus of a yet-to-be-implemented Urban Development Framework and Master Plan.

This was Melbourne’s first Mall and still retains an authentic 1950’s feel. The Housing Commission of Victoria designed the Mall in 1954-56, at the same time as the nearby Olympic Village. It was the shopping centre for its Heidelberg estate and was in the “American style, drive-in shopping centre” model. The central, open-air mall is restricted to foot traffic, and in the surrounding areas there are set aside off-street car parking areas to accommodate the shoppers. When it was opened in 1956, the Argus newspaper praised the shopping centre’s simple lines, and the shop fronts designed and fitted by Silverwood and Beck, as examples of how plain, utilitarian planning can be attractive.

At many times during the day the mall is deserted and wandering through it can be quite a surrealistic experience, with one imagining to be in a time warp. Lately, there have been attempts at renewal with the installation of fake lawn and the occasional street art mural turning up, such as the zebra illustrated below.

If shoppers look above the Mall on Bell Street, they will see a vintage neon sign signifying the time the Mall was originally built around 1956. This sign has been recently restored to light up at night and forms the basis of the Bell Street Mall Logo. 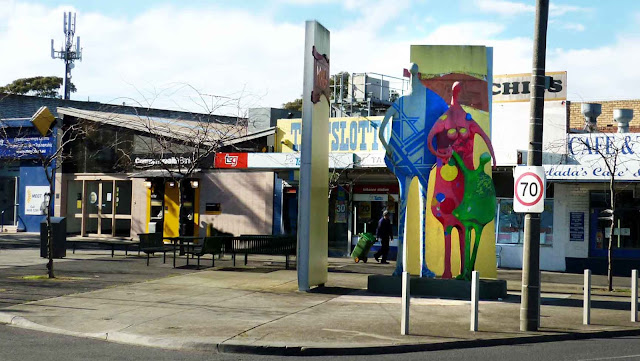 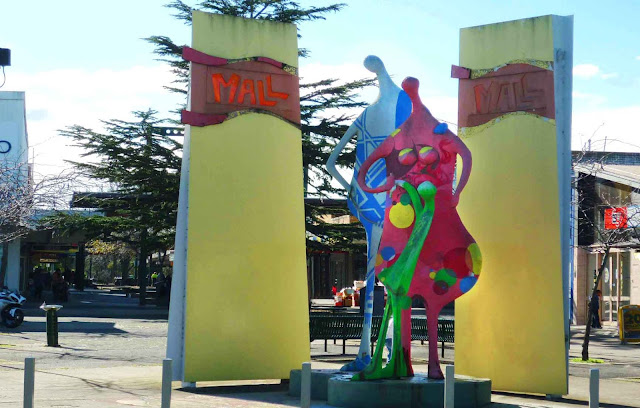 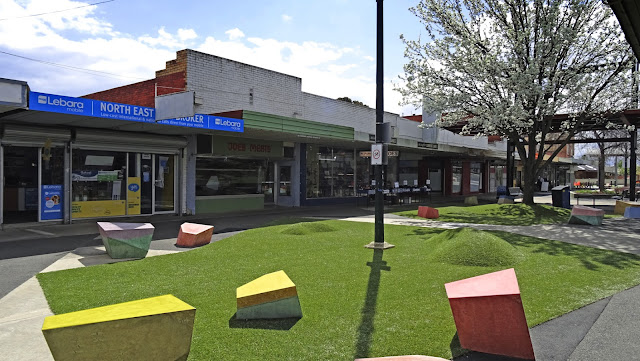 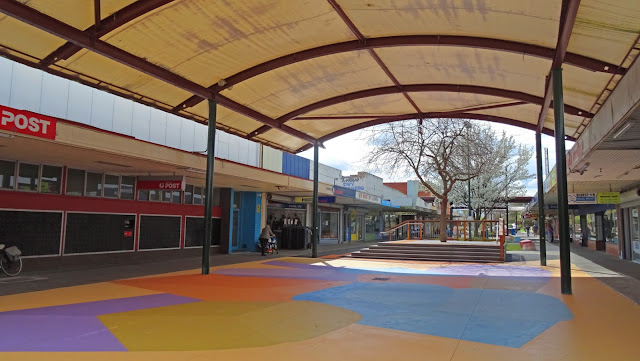 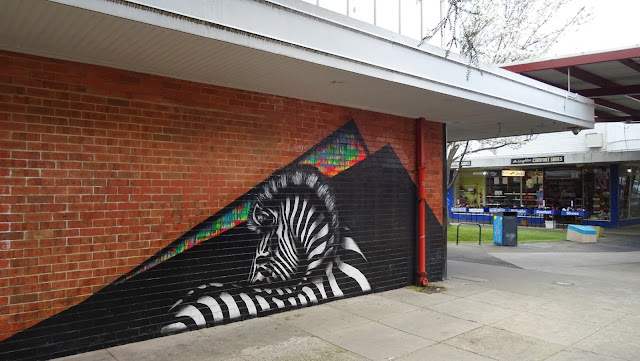 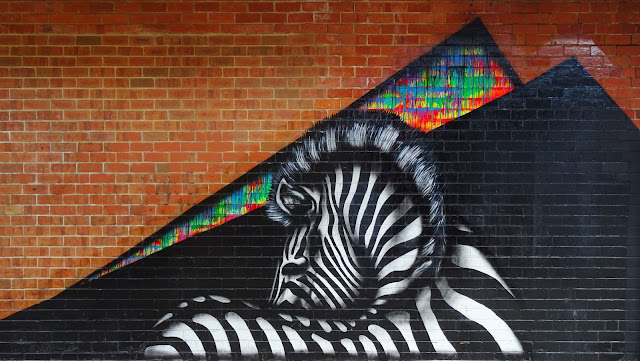 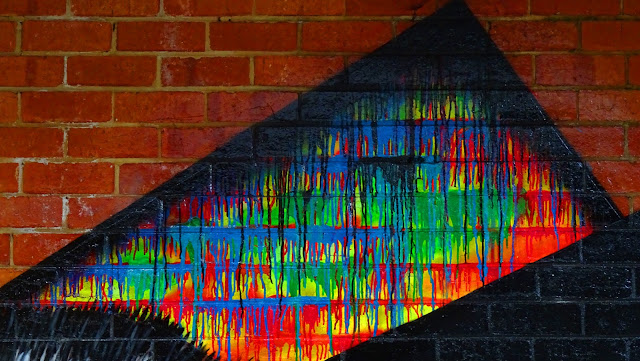 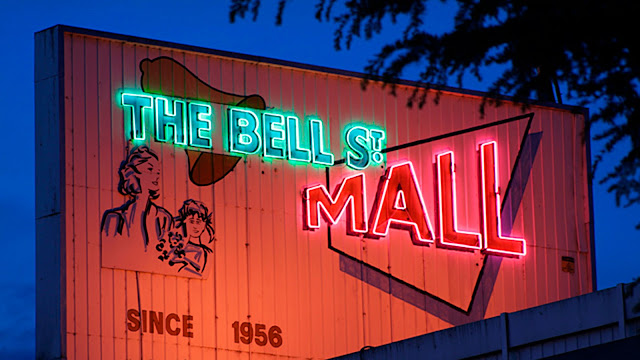 Posted by Melbourne Australia Photos at 19:09