European foxes can be found on most of the Australian continent where they represent a very successful invasive species. Foxes were introduced to Australia in the mid-1800s for sport hunting and in about 100 years spread to most of the continent. Recently, foxes have also been introduced into Tasmania but efforts are already underway to eliminate foxes from this island.

Foxes have had a major impact on the Australian fauna, predating on ground nesting birds, mammals and reptiles. Moreover foxes compete with Australian native animals for food and habitat and can act as a reservoir of disease for wildlife and domestic animals. They are very common in Melbourne, but are seldom seen as they are shy, nocturnal and prefer areas with low human disturbance and buildings without domestic dogs.

Foxes select areas infested with exotic weeds (fennel, blackberry and African thistle) as shelter during the daytime and these also have low human disturbance. The Darebin Parklands in Melbourne are an ideal habitat for them and this specimen was quite tame and seemed unwary of me snapping away at him. 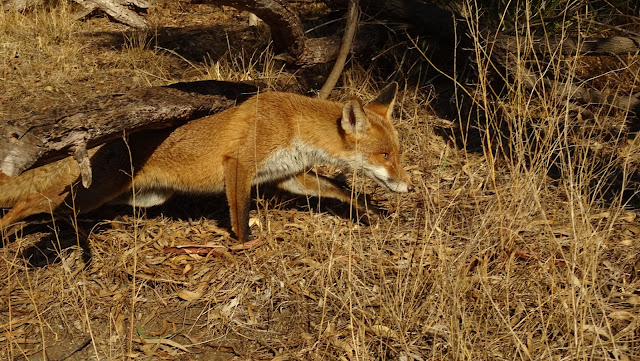 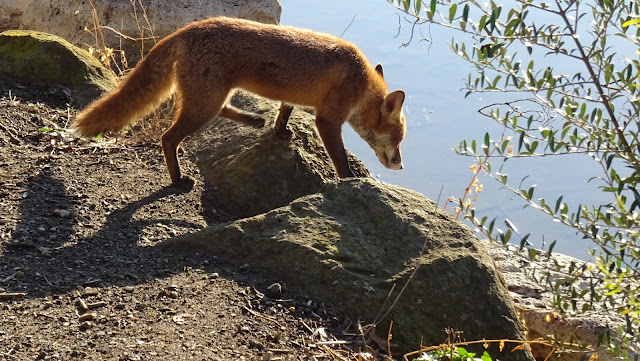 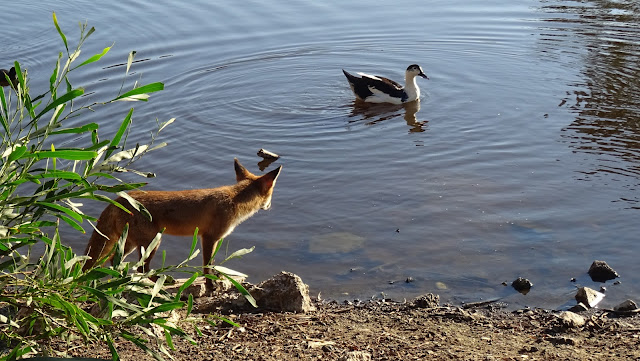 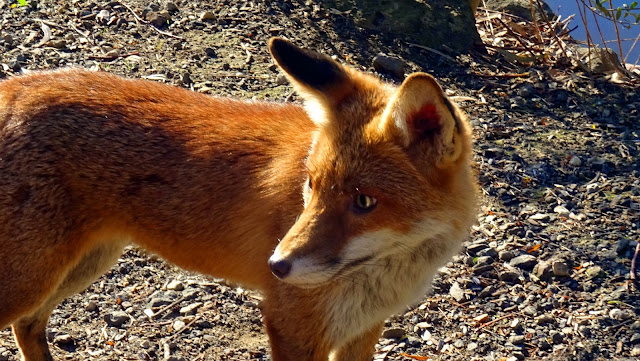 Posted by Melbourne Australia Photos at 12:20