MAGRITTE AT THE MUSEUM

The Musée Magritte Museum, located in the heart of Brussels, brings together the world's largest collection of art by René Magritte: 230 works and archives are displayed. The multidisciplinary space houses paintings, gouaches, drawings, sculptures and painted objects, as well as advertising posters, musical scores, photographs and films. The Museum also has the most important collection from the artist’s "vache" period.

The first image is "La saveur des larmes" (1948), which is exhibited in the Magritte Museum in Brussels. The artist's tongue-in-cheek photo mimics several of his canvases where men in bowler hats appear.

In the second image there are two works housed in the National Gallery of Victoria, Melbourne. "L'Éloge de la dialectique" (1937) and "Rose and pear" (colour etching and aquatint, printed 1968). 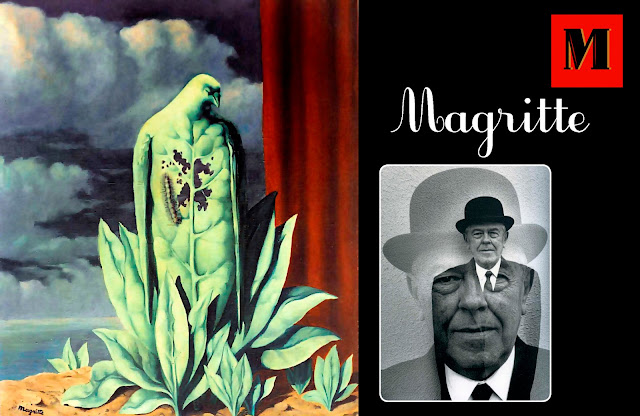 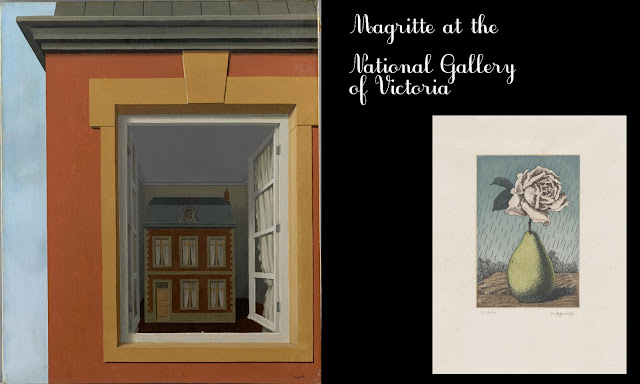 Posted by Melbourne Australia Photos at 18:54