Darebin Creek is a creek that runs through the northern suburbs of Melbourne, Victoria, Australia. It is the main watercourse of the Darebin Valley and a major tributary of the Yarra River. For tens of thousands of years it was used as a food and tool source sustainably by the Wurundjeri people, Indigenous Australians of the Kulin nation alliance, who spoke variations of the Woiwurrung language group.

The creek rises on the northern urban fringe of Melbourne north of the suburb of Epping, following a general southerly route and meeting the Yarra River at Alphington. The creek forms much of the municipal boundary between the City of Darebin and City of Banyule. Formerly an intermittent stream, increased stormwater runoff with urbanisation of the Darebin Creek catchment has resulted in permanent water flow.

The creek runs through Darebin Parklands, a large nature reserve one or two kilometres northwest of the junction at which the creek meets the Yarra. The Darebin Creek Trail runs along the banks in the lower reaches of the creek. This is the creek at the Darebin Parklands in Alphington. 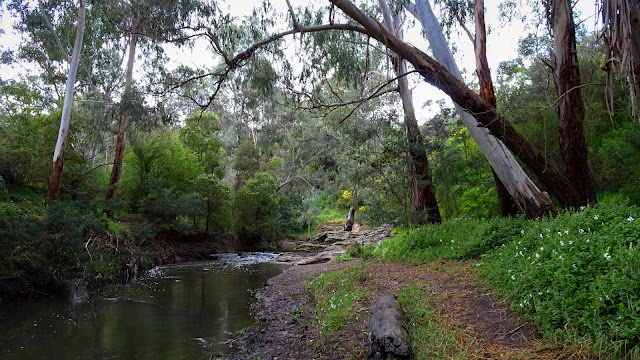 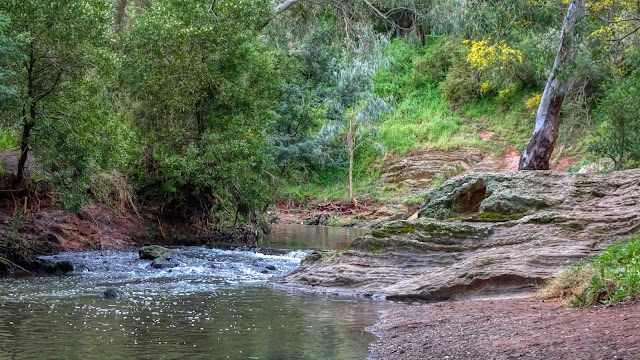 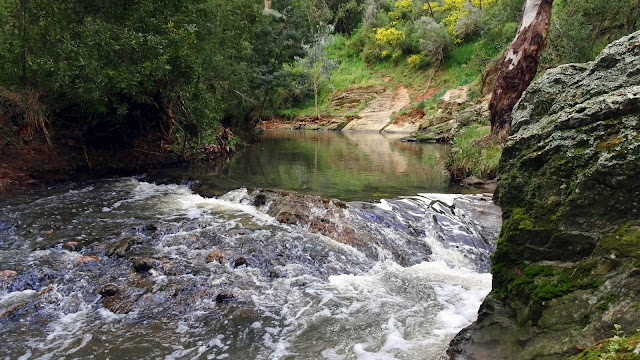 Posted by Melbourne Australia Photos at 18:17