Queens Bridge is a major road/tram crossing on the Yarra River, joining Melbourne City and Southbank. Built in 1889 and originally the site of a timber footbridge built in 1860.

The Sandridge Bridge is a disused railway bridge, joining Melbourne City and Southbank. The first bridge was built in 1853, the second bridge built 1858, and the current bridge built in 1888.  Former rail bridge for the Port Melbourne and St Kilda railway lines, first rail crossing of the Yarra, converted to pedestrian use in 2006. 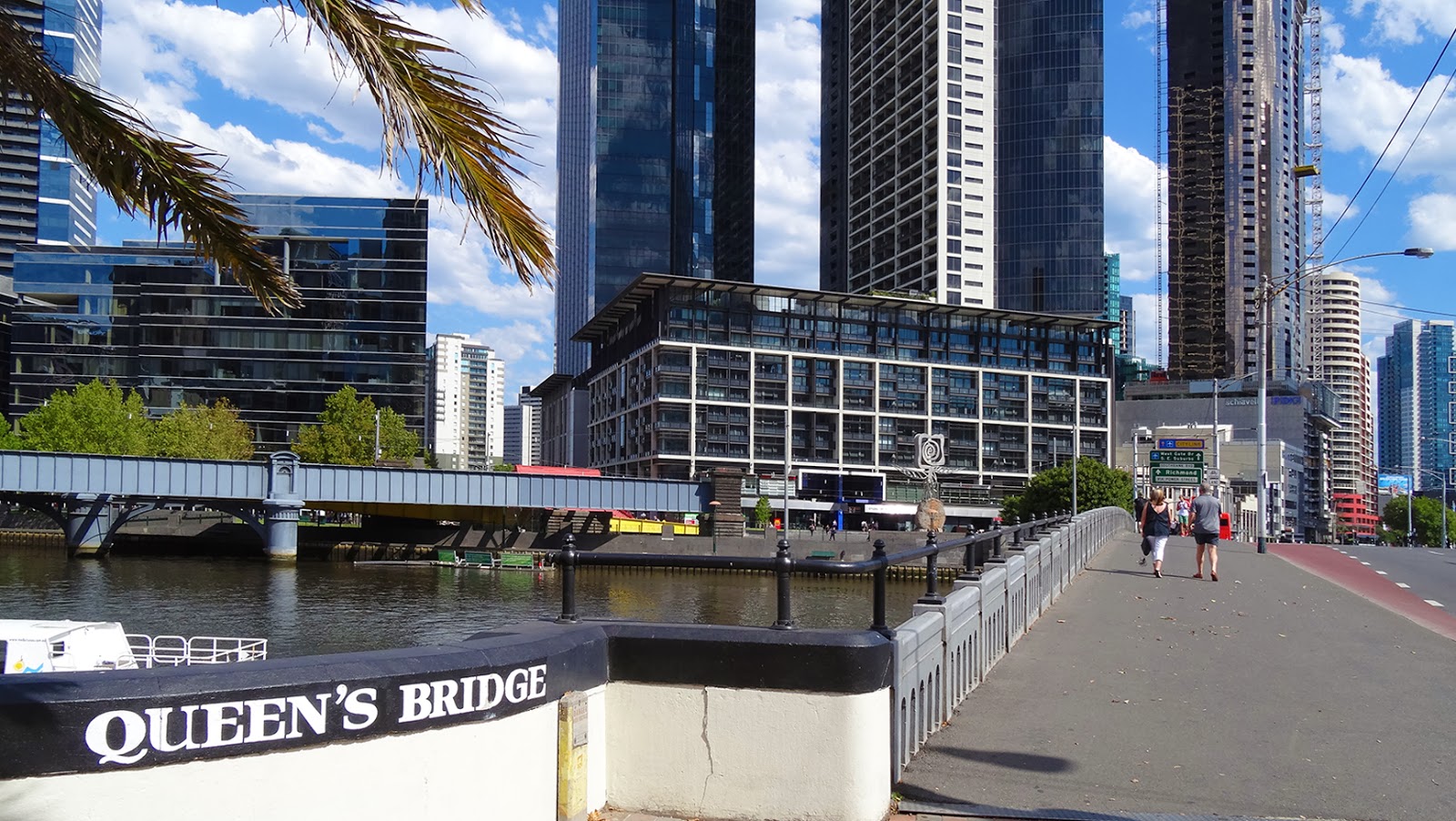 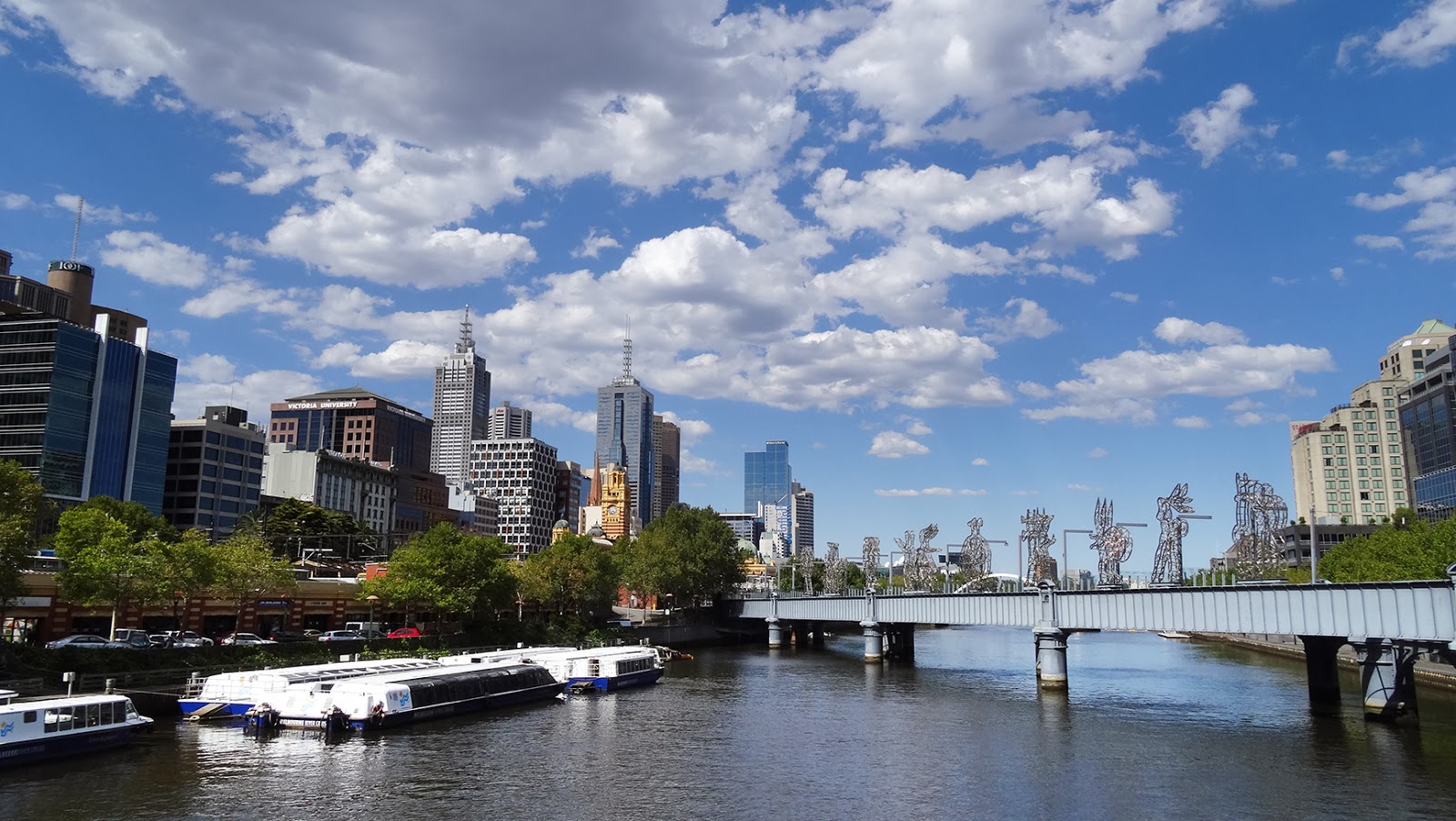 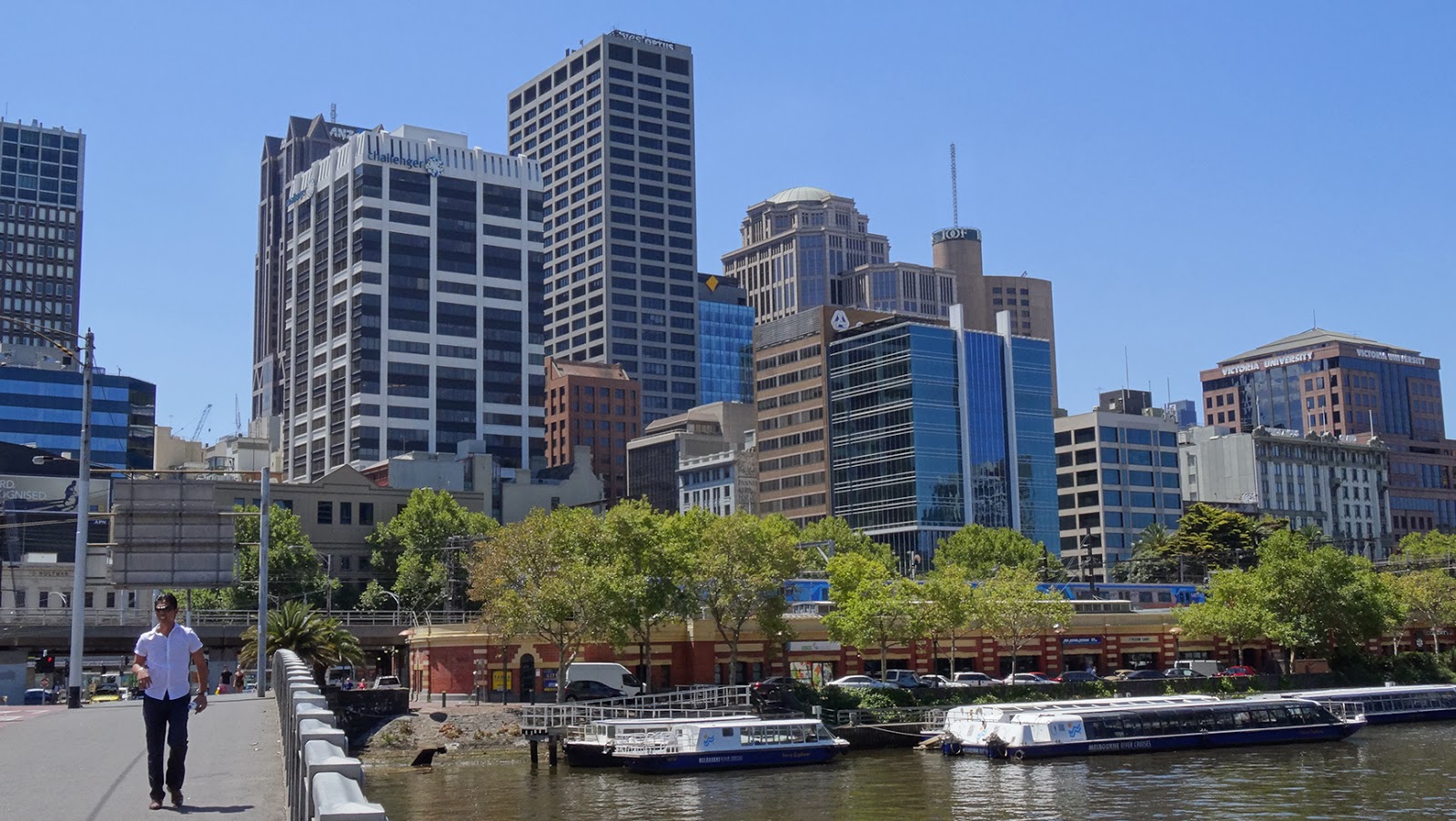 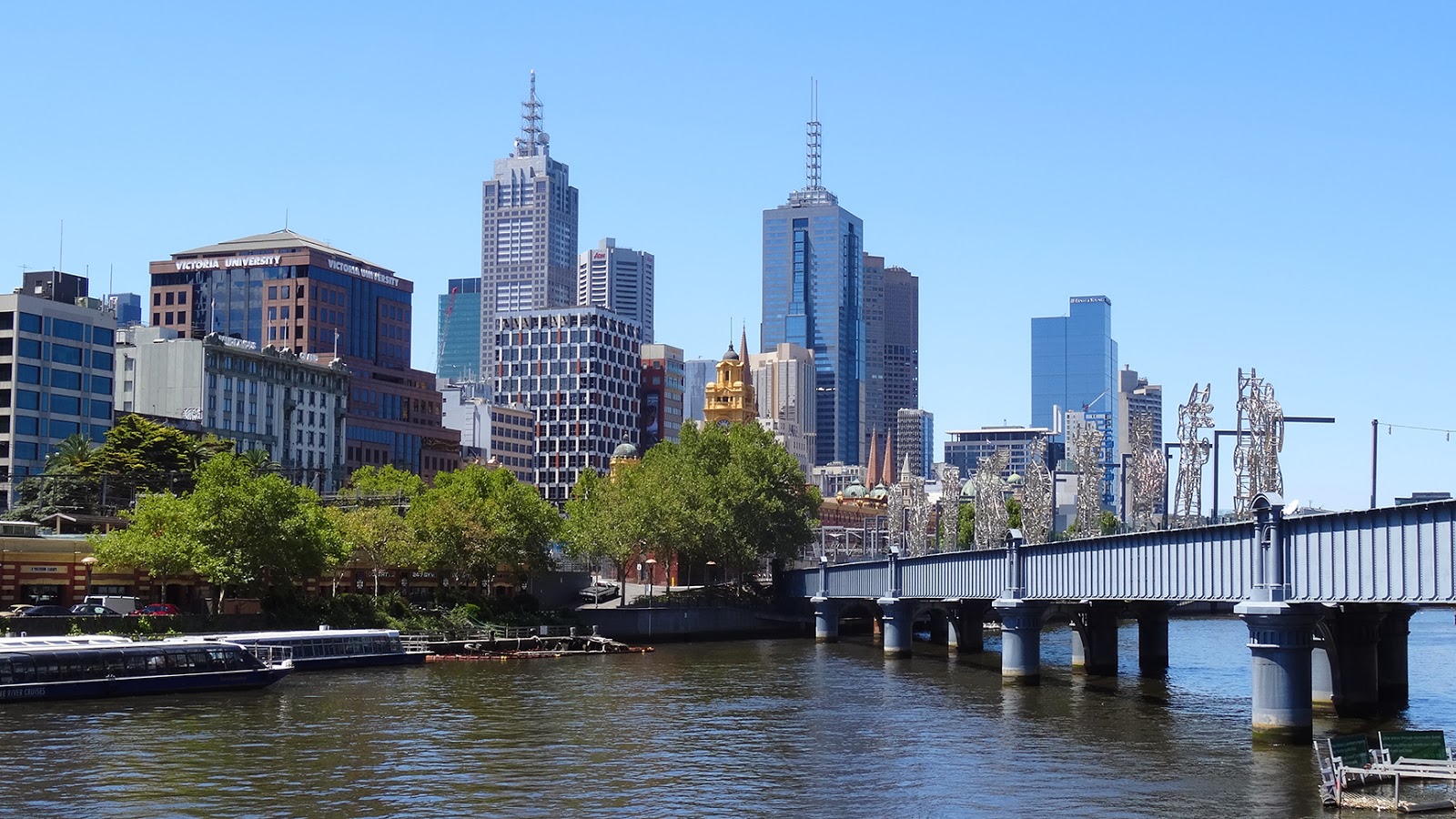 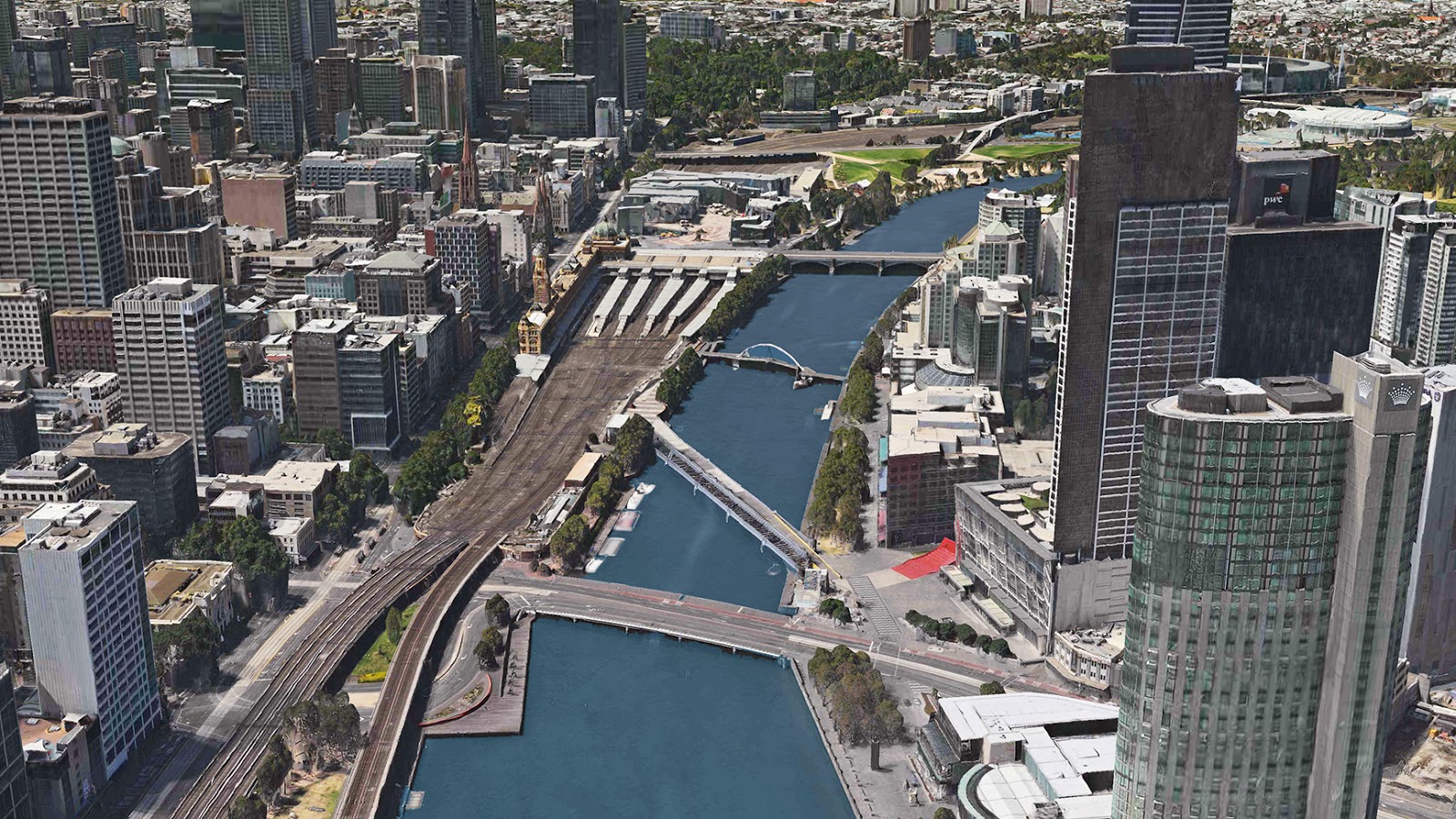 The bridges seen above are (from foreground to back): Queens Bridge; Sandridge Bridge; Southgate Pedestrian Bridge and Princes Bridge).
Posted by Melbourne Australia Photos at 18:05