The National Gallery of Victoria, popularly known as NGV, is an art gallery and museum in Melbourne, Australia. Founded in 1861, it is the oldest and the largest public art gallery in Australia. The NGV operates across two sites: NGV International, located on St Kilda Road in the heart of the Melbourne Arts Precinct of Southbank, and The Ian Potter Centre: NGV Australia, located nearby at Federation Square.

The St Kilda Road building, designed by Sir Roy Grounds, opened in 1968, and was renovated by Mario Bellini and reopened in 2003. There is a beautiful sculpture garden in the Gallery, in which this mosaic mural is found.

Henry Moore's "Draped Seated Woman" of 1957-58, with the mosaic in the background, a recreation of Fernand Léger's "Grand Parade with Red Background" made in 1985. More photos of the gallery and its collection may be found in my other blog. 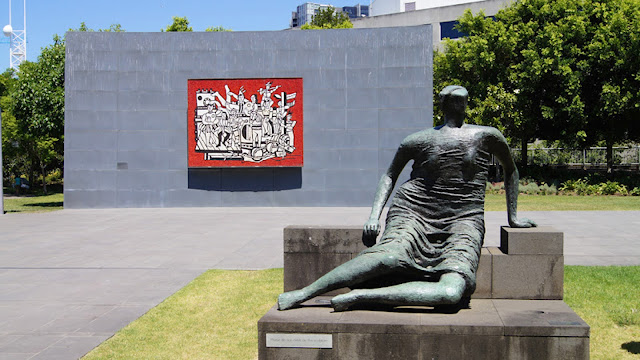 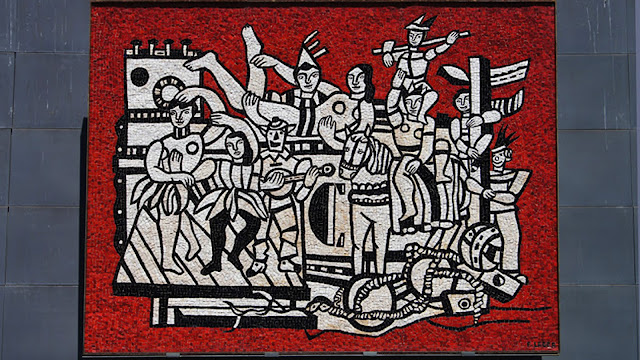 Posted by Melbourne Australia Photos at 17:10