Opuntia, commonly called prickly pear, is a genus of flowering plants in the cactus family Cactaceae. Prickly pears are also known as tuna (fruit), sabra, nopal (paddle, plural nopales) from the Nahuatl word nōpalli for the pads, or nostle, from the Nahuatl word nōchtli for the fruit; or paddle cactus. The genus is named for the Ancient Greek city of Opus, where, according to Theophrastus, an edible plant grew and could be propagated by rooting its leaves. The most common culinary species is the Indian fig opuntia (O. ficus-indica).

This post is part of the My Sunday Best meme. 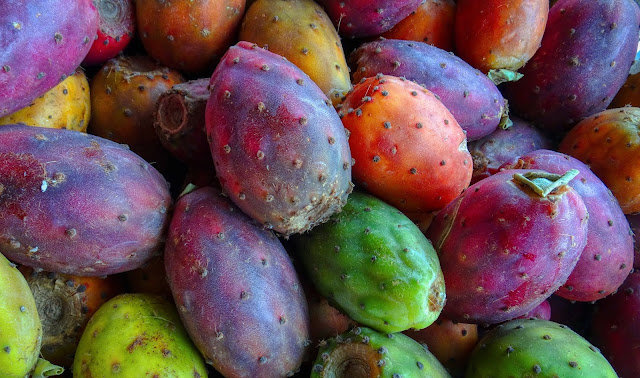 Posted by Melbourne Australia Photos at 18:55