Neosparassus diana (L. Koch, 1875), the Badge Huntsman spider is widespread across all of Australia in woodland and dry to moist eucalypt forest, less common in the tropical north and the arid areas. It is a large spider, active at night, hunting for prey on treetrunks or on foliage. It has a daytime retreat, sometimes made from leaves woven together, occasionaly under bark.
The female is fawn to orange to pinkish brown. There is a distinctive black shield with two white spots on the underside of abdomen, usually with an orange stripe further towards the rear, this orange sometimes bordered by a black line. The body is flattened, the first two pairs of legs distinctly longer than the others. The female's roundish egg sac is flattenened where attached, about 6mm high and 12mm wide. It feeds on a wide variety of arthropods, including spiders. ♀ 20mm ♂ 16mm
This post is part of the Saturday Critters meme 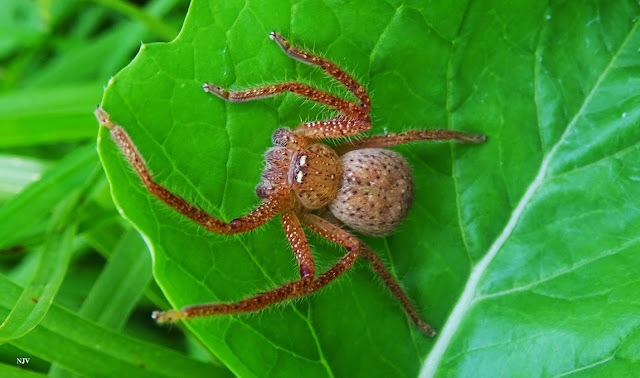 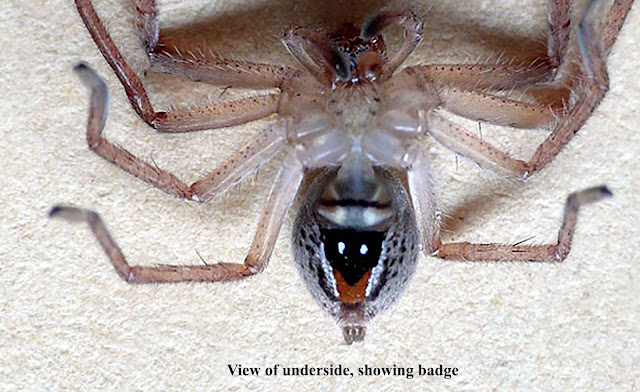 Posted by Melbourne Australia Photos at 18:09