The Melbourne Cup is the horse race of all Australian horse races. Every year when this race is run around 3:00 pm, it literally stops the entire nation. Melbourne Cup Day is fixed on the first Tuesday in November and although it is a public holiday only in the Melbourne Metropolitan area, Australians all over the nation are glued to their television screens or listen on the radio (or on the internet too, nowadays, I suppose) to watch this historic race.

The race is held over a distance of 3,200 meters, the traditional two-mile cup distance, for horses three years and older and is the richest and most prestigious “two-mile” handicap in the world. It is held in Flemington Racecourse, located in Flemington, one of Melbourne's inner city suburbs, which is named after a butcher who lived there in the 19th century. I certainly hope he didn't sell horse meat - that would be grand irony!

The first Melbourne Cup was run in 1861. There were 17 starters and the prize was 170 pounds and a hand-beaten gold watch (this was the trophy given before the traditional Loving Cup which the Melbourne Cup is known for). “Archer”, the first Cup-winning horse, had been walked to Melbourne from its stable in Nowra, New South Wales, a distance of about 800km. “Archer” won again the following year to a prize of 810 gold sovereigns (£810) and a gold watch. “Archer” went on to win the race the following year once more, making him one of the five horses to win the event more than once.

The Victoria Turf Club and the Victoria Jockey Club merged to form the Victoria Racing Club in 1864. The Victoria Racing Club (VRC) had taken charge of the proceedings since then. The Melbourne Cup saw even more promise and popularity under the auspices of the VRC. By 1865, Cup Day was declared a half-day holiday. By 1877 it was declared a whole day holiday to allow patrons to crowd the Flemington racecourse. The Cup was first held on the first Tuesday of November in 1875. It then too adopted the four-day format, which later evolved to today's well-attended Carnival.

From then until now the Melbourne Cup was growing to a locally and internationally supported event. The Flemington racetrack is the most popular course in Australia and the home of the organisers of the VRC. The whole field has a capacity of 120,000. Spectators who cannot get into Flemington watch from the television panels outside of the field. The pear-shaped track has a back straight of six furlongs. The final straight to the finishing post measures 450 metres long. The length of the home stretch has decided Melbourne Cup races throughout history.

Melbourne Cup Day in 2016 is tomorrow, November 1st. To all punters out there, good luck! I am not a betting man but every year I enter the traditional friendly sweepstakes where I hand over my two-dollar coin as I bid goodbye to it - I haven't won once! Anyway, that's the extent of my gambling… 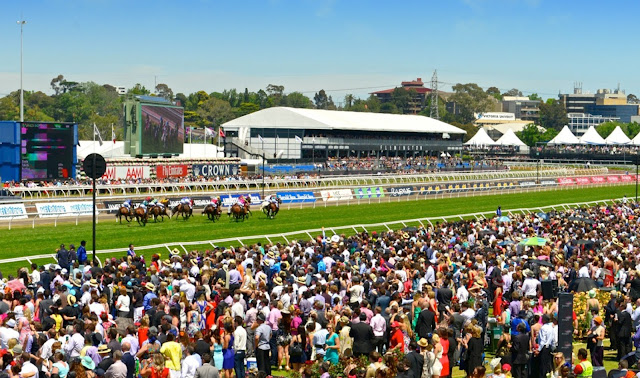 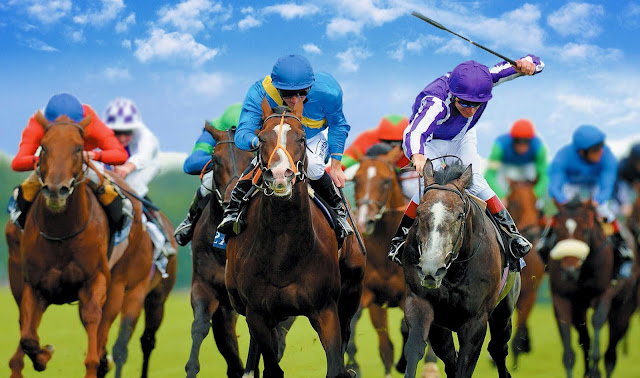 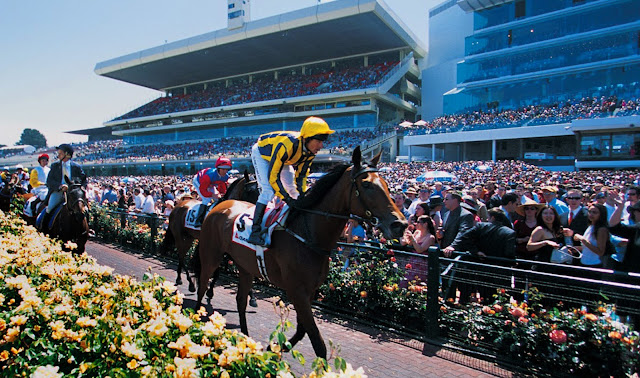 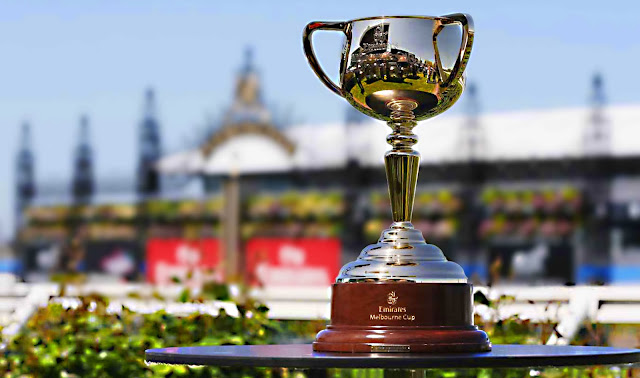 Posted by Melbourne Australia Photos at 17:49