A delightful place in Melbourne is the Royal Arcade, which since 1869, has acted as a hub between Melbourne's, Bourke St Mall, Little Collins Street and Elizabeth Street; The Royal Arcade houses some of the most well-known and beautiful shops in Melbourne. One of the most striking features of the arcade is Gaunt's Clock which is flanked by two giant statues of the mythical figures of Gog and Magog. Since its implementation in 1892, the two mammoth statues have struck chimes at every hour, and can be heard resounding throughout the arcade. The clock and statues provide endless fascination for this young chap! 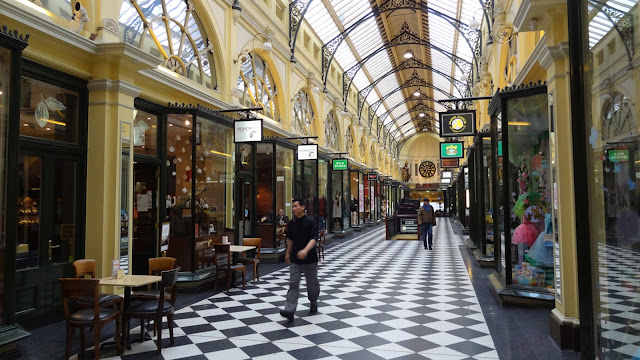 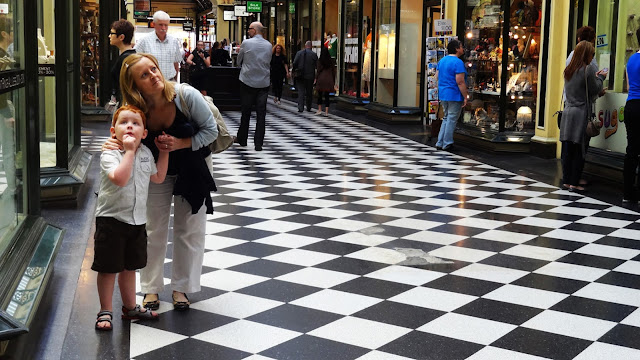 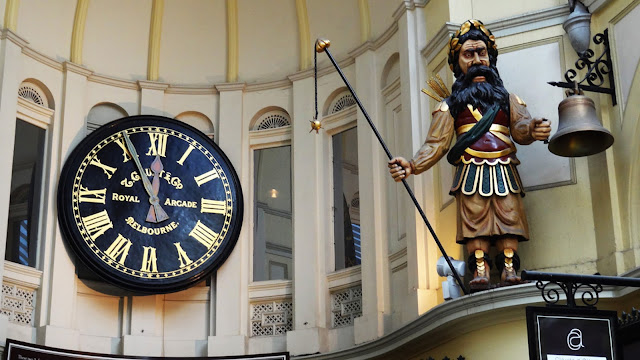 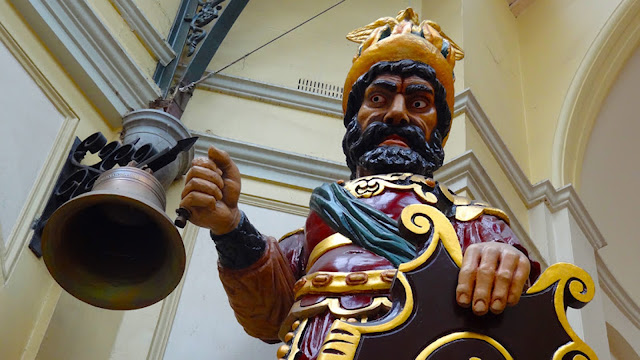 Posted by Melbourne Australia Photos at 17:42