"The Nest"  is a sculpture in the Darebin Parklands, which was made by artists David Bell and Gary Tippett from recycled materials. It is a $75,000 public art sculpture installed in October 2012 in Darebin Parklands and has divided residents, with some saying the egg-shaped work looks out of place in bushland. The artwork itself has been praised by residents, but some have  criticised the location chosen. 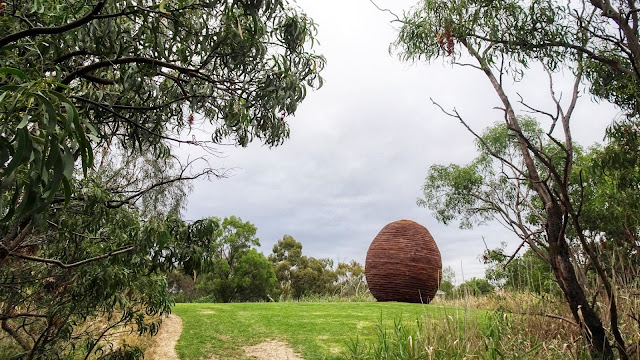 Posted by Melbourne Australia Photos at 17:51