The flora of South Africa and Australia is very distinctive with quite a few rich botanical families that provide a diverse and amazing bouquet of flowers. The Proteaceae (banksias, grevilleas, waratahs) and Myrtaceae (eucalypts, bottlebrushes, titrees, lillipillis) especially are well represented.

Here is a bouquet of the Gondwanaland flowers, readily available in florists throughout the world because of extensive flower exports from both South Africa and Australia. 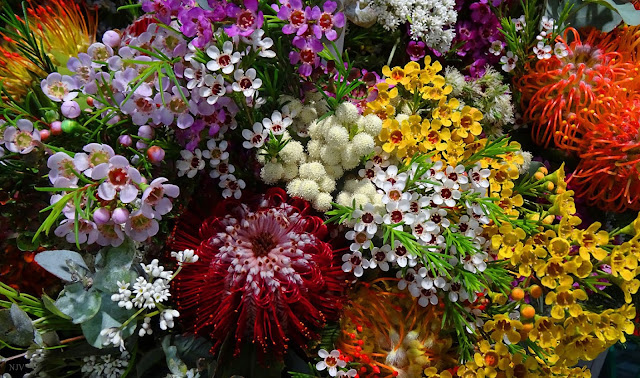 Posted by Melbourne Australia Photos at 18:35