Chrysanthemums, sometimes called mums or chrysanths, are flowering plants of the genus Chrysanthemum in the family Asteraceae. They are native to Asia and northeastern Europe. Most species originate from East Asia and the centre of diversity is in China. There are countless horticultural varieties and cultivars. Modern cultivated chrysanthemums are showier than their wild relatives. The flower heads occur in various forms, and can be daisy-like or decorative, like pompons or buttons.

This genus contains many hybrids and thousands of cultivars developed for horticultural purposes. In addition to the traditional yellow, other colours are available, such as white, purple, and red. The most important hybrid is Chrysanthemum × morifolium (syn. C. × grandiflorum), derived primarily from C. indicum, but also involving other species. Over 140 varieties of chrysanthemum have gained the Royal Horticultural Society's Award of Garden Merit.

Chrysanthemums are divided into two basic groups, garden hardy and exhibition. Garden hardy mums are new perennials capable of wintering in most northern latitudes. Exhibition varieties are not usually as sturdy. Garden hardies are defined by their ability to produce an abundance of small blooms with little if any mechanical assistance, such as staking, and withstanding wind and rain.

Exhibition varieties, though, require staking, overwintering in a relatively dry, cool environment, and sometimes the addition of night lights. The exhibition varieties can be used to create many amazing plant forms, such as large disbudded blooms, spray forms, and many artistically trained forms, such as thousand-bloom, standard (trees), fans, hanging baskets, topiary, bonsai, and cascades.

The photos below are from our garden where our chryssies make a fine Autumn display and provide wonderful colour as the season cools and the rains begin. Chrysanthemums are also the traditional flower to offer to Mums on Mother's Day, which this year is on Sunday May 10. Which is a good opportunity for me to wish all mothers,


This post is part of the Floral Friday Fotos meme. 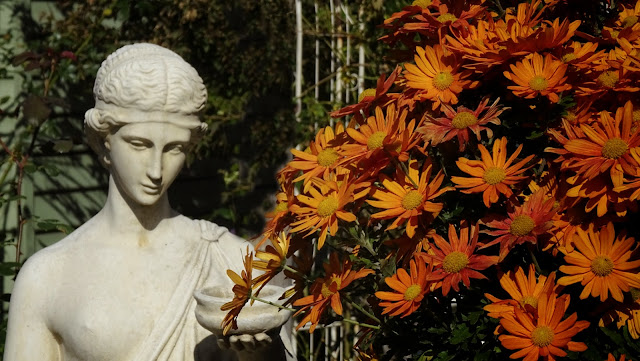 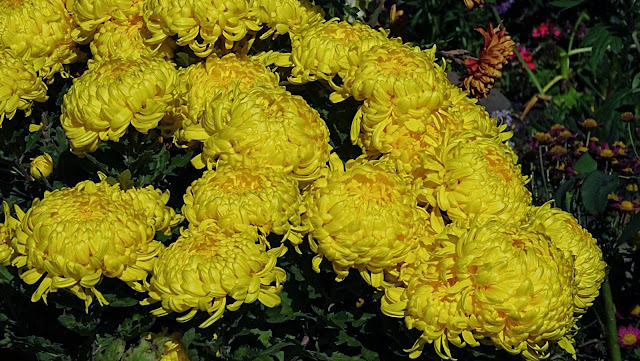 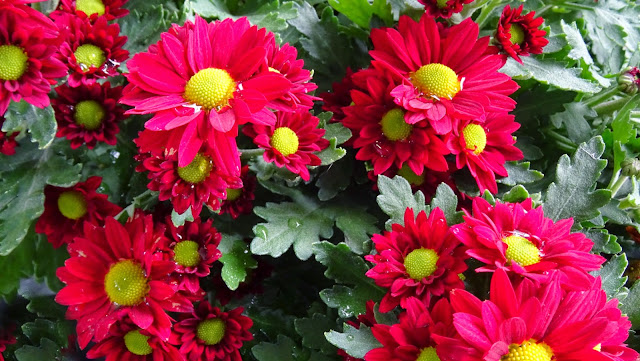 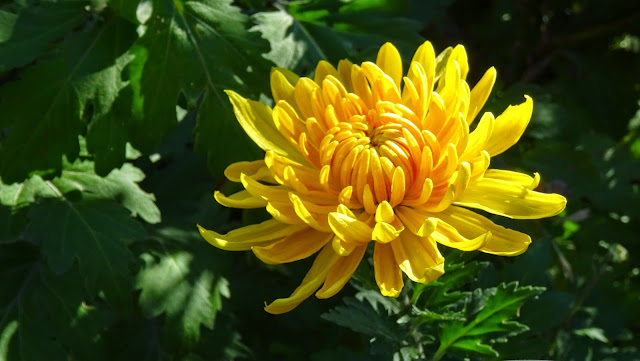 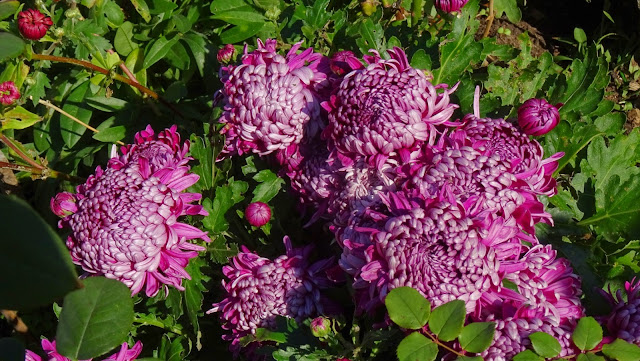 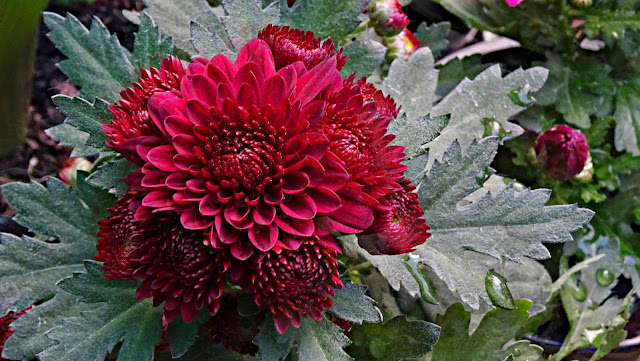 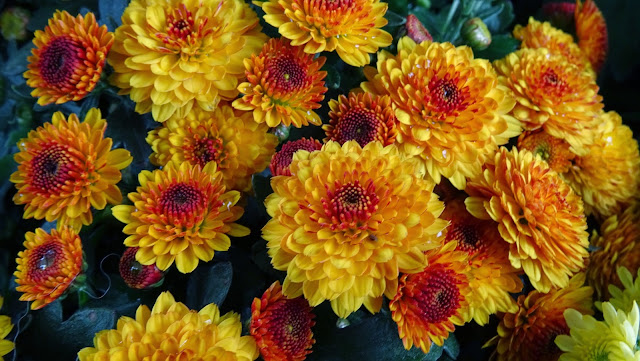 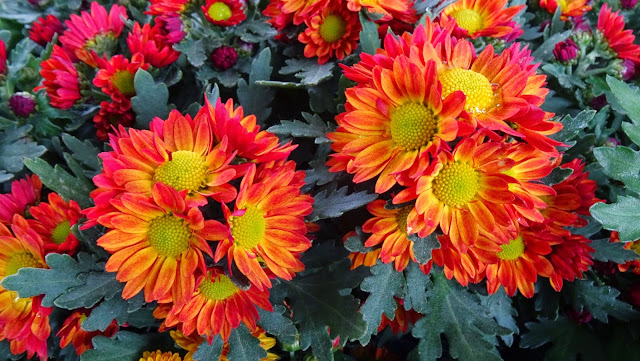 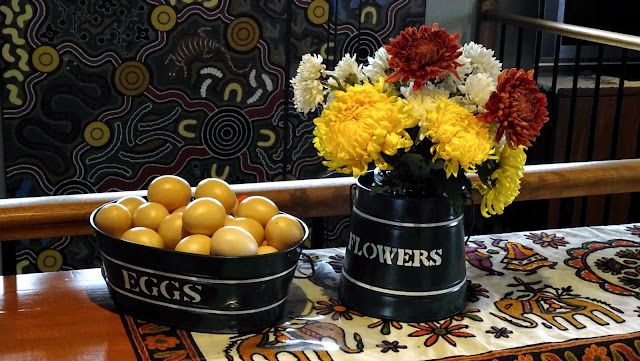 Posted by Melbourne Australia Photos at 20:07