Victoria (abbreviated as Vic) is a state in southeastern Australia. Victoria is Australia's most densely populated state and its second-most populous state overall (at the end of 2015 Victoria's population was an estimated 5,996,400). Most of its population lives concentrated in the area surrounding Port Phillip Bay, which includes the metropolitan area of its state capital and largest city, Melbourne, Australia's second-largest city. Geographically the smallest state on the Australian mainland, Victoria is bordered by Bass Strait and Tasmania to the south, New South Wales is to the north, the Tasman Sea is to the east, and South Australia is to the west.

Named in honour of Queen Victoria, who signed the division's separation from New South Wales, the colony was officially established in 1851 and achieved self government in 1855. The Victorian gold rush in the 1850s and 1860s significantly increased both the population and wealth of the colony, and by the time of the Federation of Australia in 1901, Melbourne had become the largest city and leading financial centre in Australasia. Melbourne served as federal capital of Australia until the construction of Canberra in 1927, with the Federal Parliament meeting in Melbourne's Parliament House and all principal offices of the federal government being based in Melbourne.

The city of Melbourne has many attractions, including shopping, the Crown Casino, Melbourne Zoo, Melbourne Museum, Melbourne Aquarium, Melbourne Docklands, Southbank and St. Kilda. Melbourne is also the home of cultural and sporting icons such as The Arts Centre, National Gallery of Victoria and the Melbourne Cricket Ground (MCG) which held the 1956 Summer Olympic Games.

The historic cities of Ballarat, Beechworth, Bendigo, Castlemaine, Maldon and Daylesford which were all towns built on the goldfields during the 1850s. Natural attractions include The Twelve Apostles on the Great Ocean Road, Wilson's Promontory, The Grampians, Buchan Caves, Gippsland Lakes and the penguins on Phillip Island. The Dandenong Ranges just east of Melbourne has the Puffing Billy Railway and Healesville Sanctuary.

The Murray River which is the state's northern border, has towns including Echuca and Mildura. Boating, fishing and other water sports are popular along the river. Geelong, south west of Melbourne on Corio Bay, has many beaches, and hosts the Australian International Airshow. Nearby is the Bellarine Peninsula, which has many famous beaches such as Bells Beach, Torquay and Queenscliff. The Mornington Peninsula is well known for its beaches and wineries. The Victorian Alpine Region in the Australian Alps is popular for skiing with resorts at Falls Creek, Mount Hotham, and Mount Buffalo. 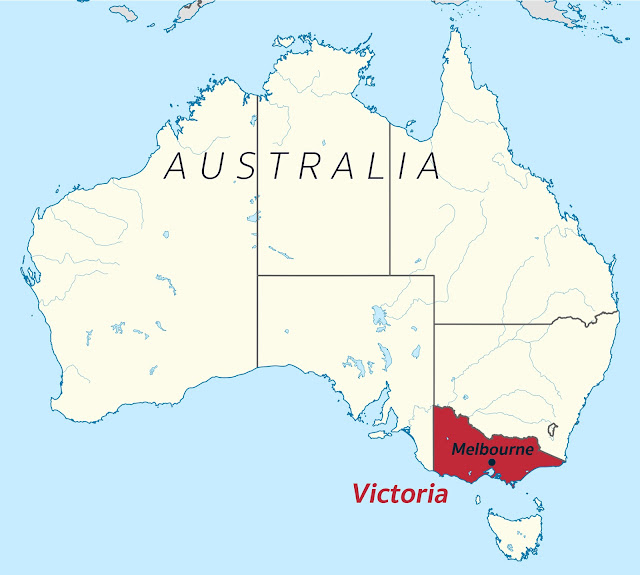 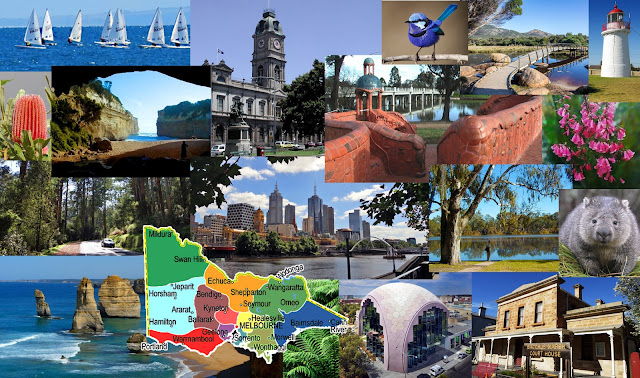 Posted by Melbourne Australia Photos at 19:32