A distinguished English architect, William Butterfield, designed the cathedral, in the architectural style of Gothic transitional. The foundation stone was laid in 1880 and, on 22 January 1891, the cathedral was consecrated. St Paul's replaced St James Old Cathedral which then stood on the corner of William Street and Collins Street - later moved to a site near the Flagstaff Gardens. To fit the block, the cathedral building is orientated NNW.

The erection of the spires began in 1926, to the design of John Barr of Sydney instead of Butterfield's original design. The 1960s saw extensive work completed to the exterior of the cathedral and the T.C. Lewis organ was restored in 1989 by a major National Trust appeal. Major restoration works were completed in 2009 with significant repairs to the spires, the building of the Moorhouse Tower Lantern and the new processional doors. 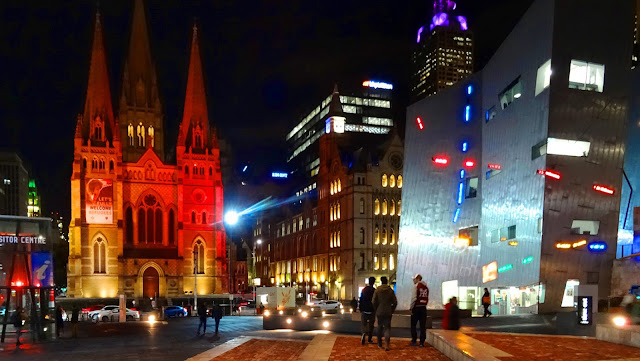 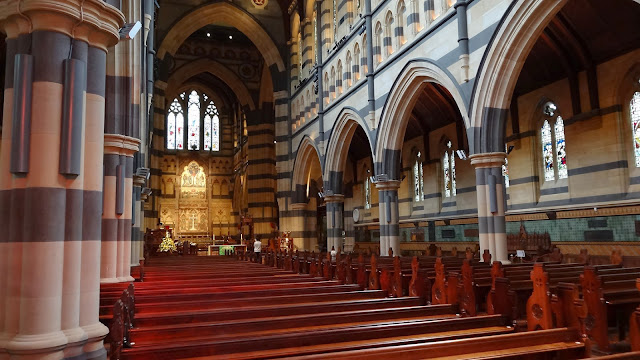 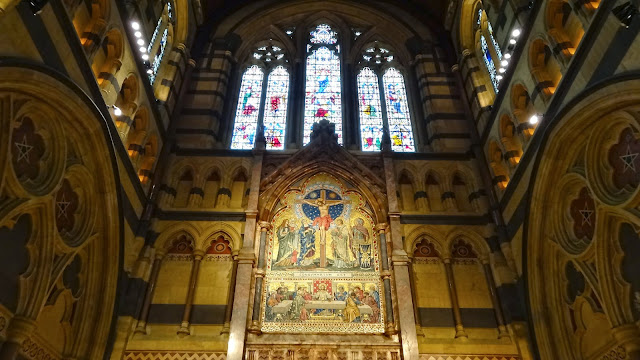 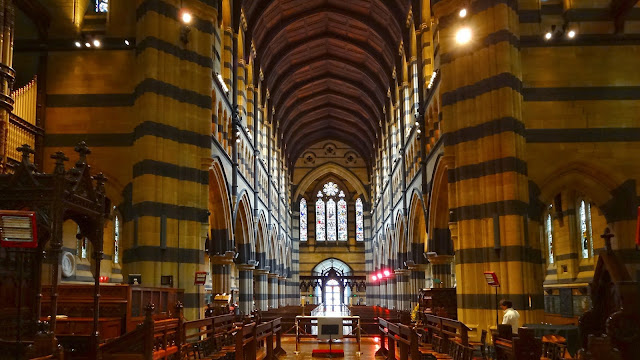 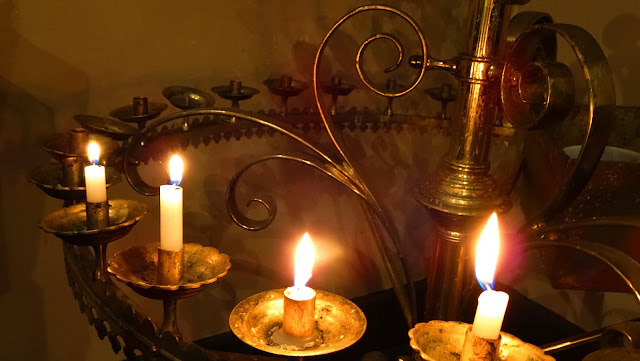 Posted by Melbourne Australia Photos at 17:21