Acacia pycnantha, commonly known as the golden wattle, is a tree of the family Fabaceae native to southeastern Australia. It grows to a height of 8 m and has phyllodes (flattened leaf stalks) instead of true leaves. Sickle-shaped, these are between 9 and 15 cm long, and 1–3.5 cm wide. The profuse fragrant, golden flowers appear in late winter and spring, followed by long seed pods. Plants are cross-pollinated by several species of honeyeater and thornbill, which visit nectaries on the phyllodes and brush against flowers, transferring pollen between them. An understorey plant in eucalyptus forest, it is found from southern New South Wales and the Australian Capital Territory, through Victoria and into southeastern South Australia.

Explorer Thomas Mitchell collected the type specimen, from which George Bentham wrote the species description in 1842. No subspecies are recognised. The bark of A. pycnantha produces more tannin than any other wattle species, resulting in its commercial cultivation for production of this compound. It has been widely grown as an ornamental garden plant and for cut flower production, but has become a weed in South Africa, Tanzania, Italy, Portugal, Sardinia, India, Indonesia, New Zealand, as well as Western Australia, Tasmania and New South Wales. Acacia pycnantha was made the official floral emblem of Australia in 1988, and has been featured on the country's postal stamps. 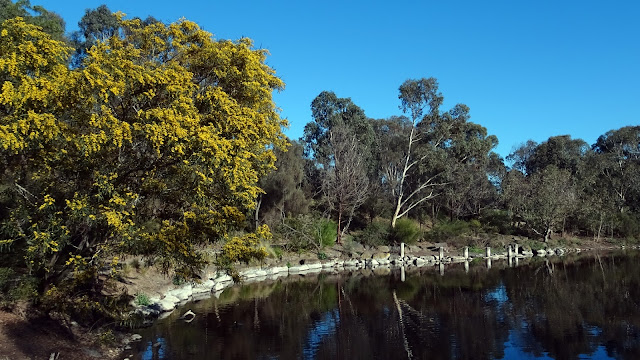 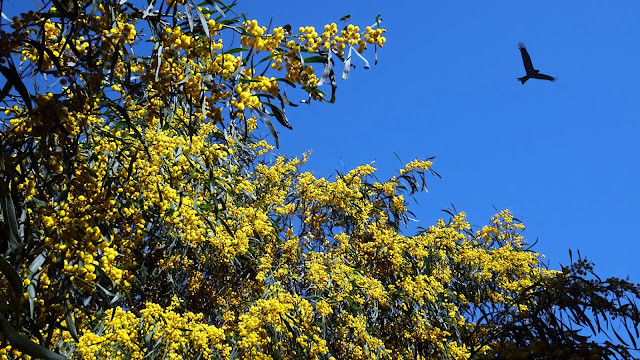 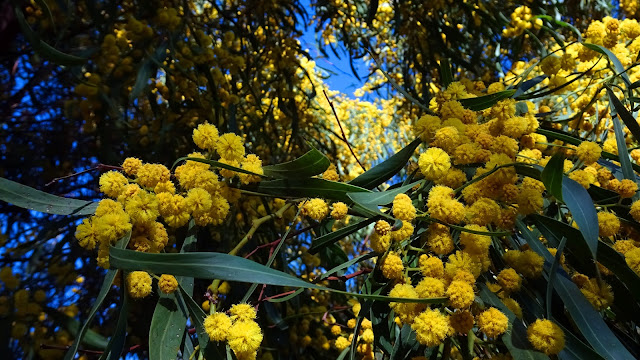 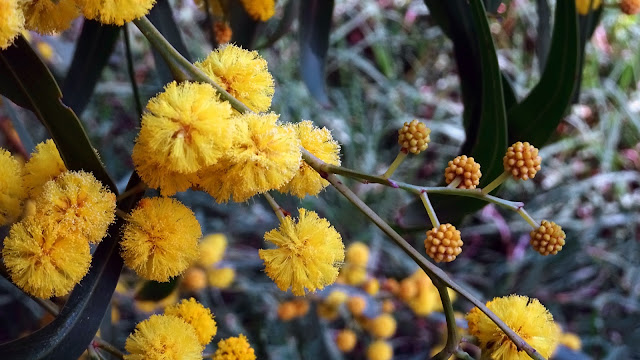 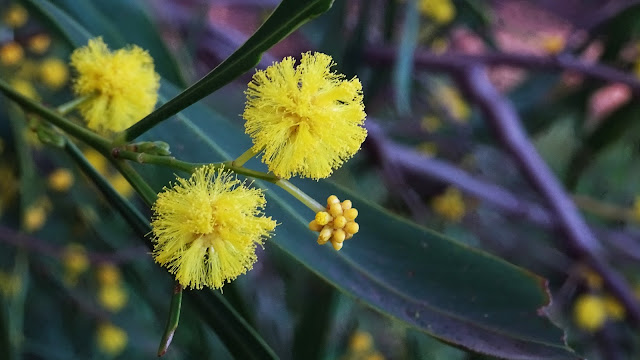 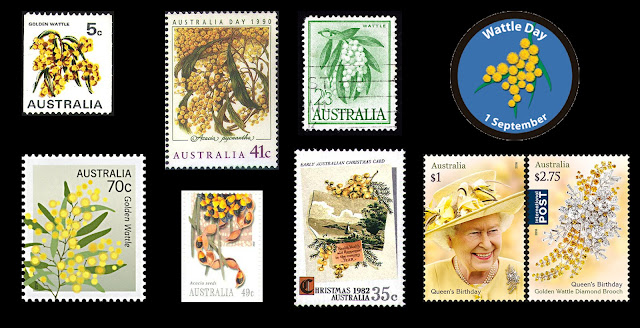 Posted by Melbourne Australia Photos at 18:18