Phlox drummondii in the Polemoniaceae family has been around in various cultivars for many decades. Native to Texas, it is also widely distributed in the southeastern United States, especially along public highways. P. drummondii is often used as an ornamental plant. The flowers have a wide range of colours from white and cream through pinks, lilacs, roses, purples and reds, to almost black.

Phlox drummondii is named after Scottish botanist Thomas Drummond, who sent it and a variety of other plant samples back to Britain following his 1833–1835 expedition to Texas. It is an annual, growing from seed each year. The branches have sharp, pointed, lengthy, ciliated leaves with rounded flowers. The flowers are single or double, with lightly scented, flat, star-shaped petals. The flowers mature to 2.5 cm in diameter. It tolerates cold weather well, but requires plentiful watering and dislikes drought, wind and heat.

A popular cultivar the last few years is the very attractive Phlox drummondii 'Twinkle Stars'. It flowers profusely, is available in a variety of colours and has a characteristic flower shape with deep indentations in the petals, reminiscent of a star. It brightens up the garden and also grows well in containers. It blooms starting early summer and continues all summer long. It likes full sun, but I have been successful with partial shade. It doesn't like being transplanted much so be careful with the root system. 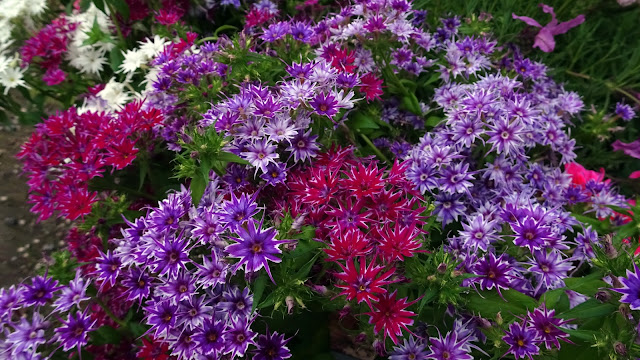 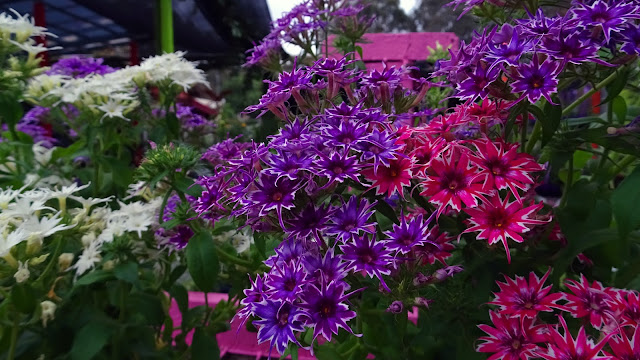 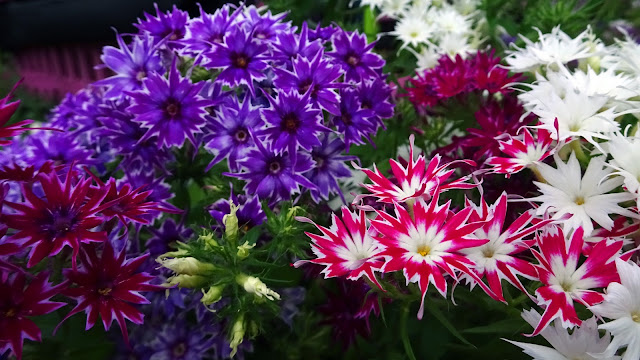 Posted by Melbourne Australia Photos at 18:26