Conium maculatum, the hemlock or poison hemlock, is a highly poisonous biennial herbaceous flowering plant in the carrot family Apiaceae, native to Europe and North Africa. A hardy plant capable of living in a variety of environments, hemlock is widely naturalised in locations outside its native range.

Conium maculatum is known by several common names. In addition to the English hemlock, the Australian carrot fern and the Irish devil's bread or devil's porridge, the following names are also used: Poison parsley, spotted corobane and spotted hemlock. The dried stems are sometimes called kecksies or kex. Conium comes from the Ancient Greek κώνειον - kṓneion: "hemlock". This may be related to konas (meaning to whirl), in reference to vertigo, one of the symptoms of ingesting the plant.

Hemlock is a herbaceous biennial flowering plant that grows to 1.5–2.5 m  tall, with a smooth, green, hollow stem, usually spotted or streaked with red or purple on the lower half of the stem. All parts of the plant are hairless (glabrous); the leaves are two- to four-pinnate, finely divided and lacy, overall triangular in shape, up to 50 cm long and 40 cm broad. It has been introduced and naturalised in many other areas, including Asia, North America, Australia and New Zealand. The plant is often found in poorly drained soil, particularly near streams, ditches and other watery surfaces. It also appears on roadsides, edges of cultivated fields and waste areas and is considered an invasive species in 12 U.S. states. Poison hemlock flourishes in the spring, when most other forage is gone. All plant parts are poisonous, but once the plant is dried, the poison is greatly reduced, although not gone completely.

Conium maculatum is the plant that killed Theramenes, Socrates and Phocion. In ancient Greece, hemlock was used to poison condemned prisoners. Socrates, the most famous victim of hemlock poisoning, was accused of impiety and corrupting the young men of Athens in 399 BC, and his trial resulted in a death sentence. Although Socrates could have avoided death, he decided to take a potent infusion of the hemlock plant.

DO NOT PICK OR EAT THIS PLANT, IT IS QUITE TOXIC AND COULD CAUSE DEATH! 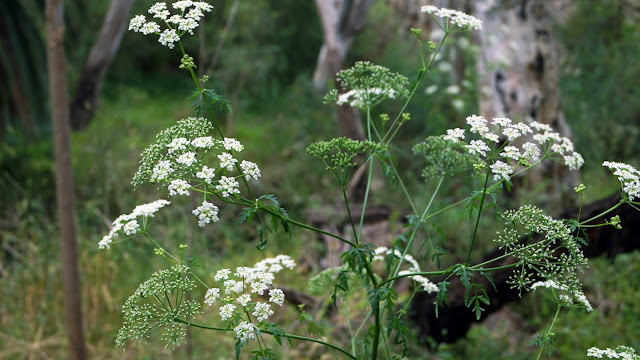 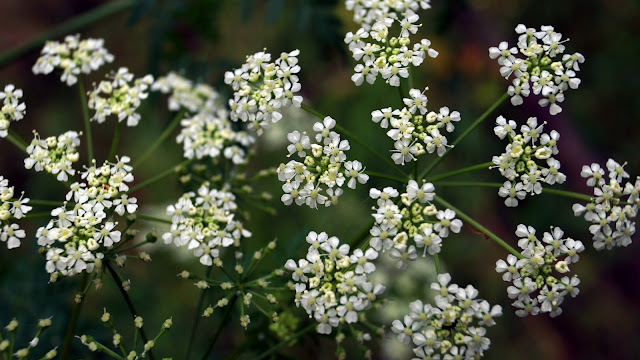 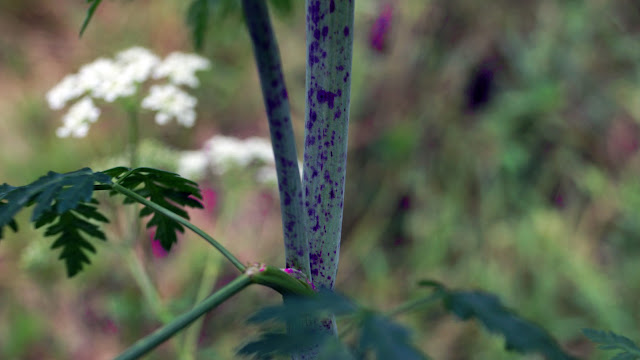 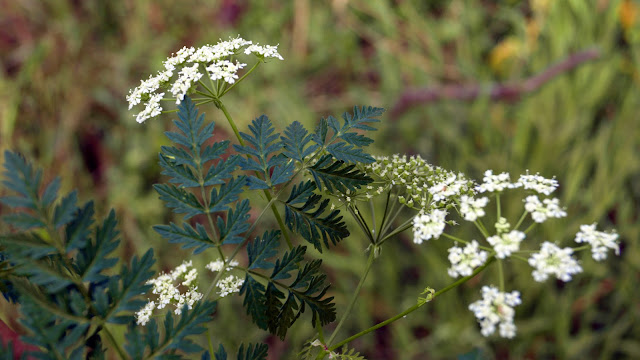 Posted by Melbourne Australia Photos at 17:41