The first European to see the promontory was George Bass in January 1798. He initially referred to it as "Furneaux's Land" in his diary, believing it to be what Captain Furneaux had previously seen. But on returning to Port Jackson and consulting Matthew Flinders he was convinced that the location was so different it could not be that land. Bass and Flinders recommended the name Wilsons Promontory to Governor Hunter, honouring Flinders's friend from London Thomas Wilson. Little is known of Wilson except that he was a merchant engaged in trade with Australia.

The promontory has been a national park, to one degree or another, since 1898. Wilsons Promontory National Park, also known locally as "the Prom", contains the largest coastal wilderness area in Victoria. The site was closed to the public during World War II, as it was used as a commando training ground. The only settlement within Wilsons Promontory is Tidal River which lies 30 kilometres south of the park boundary and is the focus for tourism and recreation. This park is managed by Parks Victoria.

Wilsons Promontory is home to many marsupials, native birds and other creatures. One of the most common marsupials found on the promontory is the common wombat, which can be found in much of the park (especially around campsites where it has been known to invade tents searching for food). The peninsula is also home to kangaroos, snakes, wallabies, koalas, long-nosed potoroos, white-footed dunnarts, broad-toothed rats, feather-tailed gliders and emus. Some of the most common birds found on the promontory include crimson rosellas, yellow-tailed black cockatoos and superb fairywrens. There are also many pests hog deer, foxes, feral cats, rabbits, common starlings, and common blackbirds. 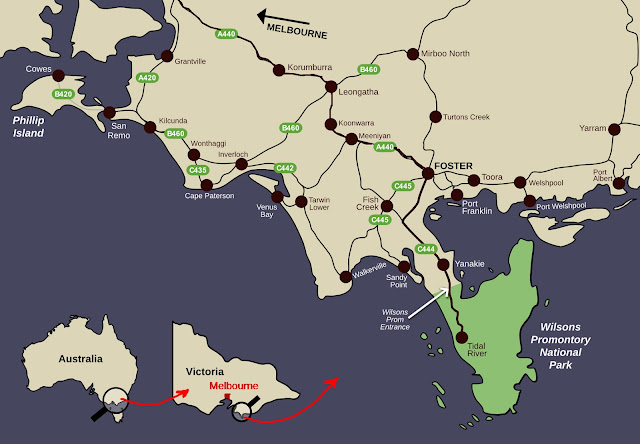 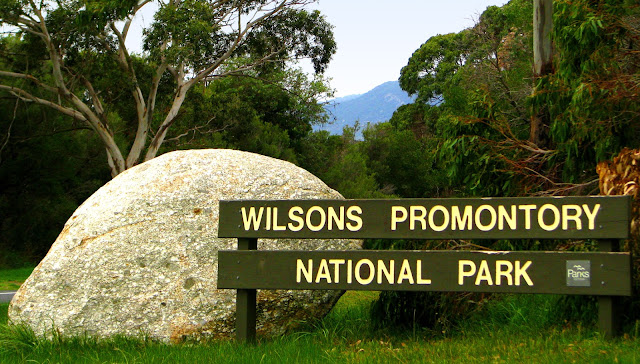 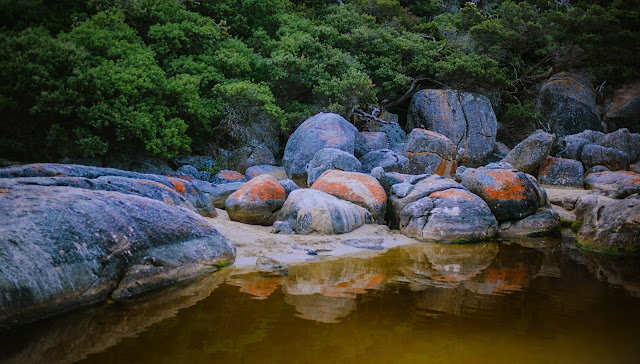 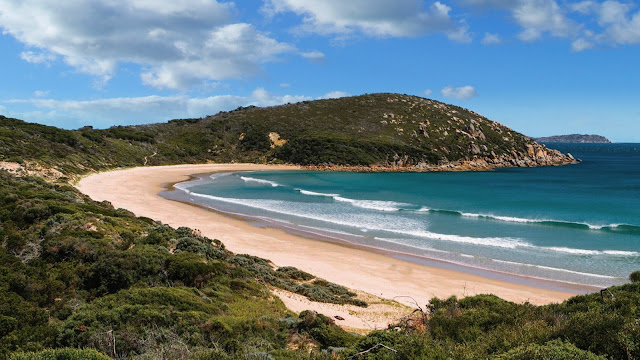 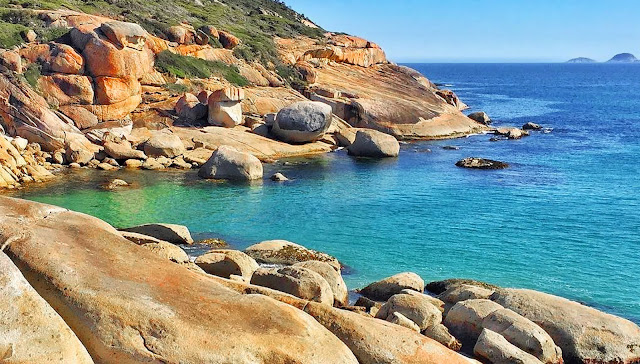 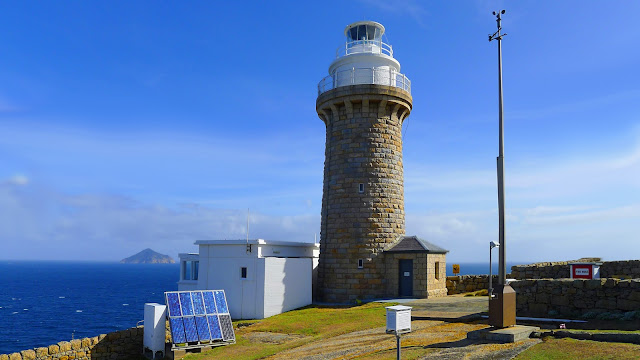 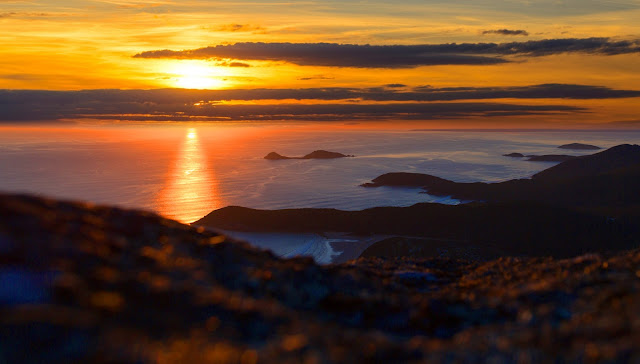 Posted by Melbourne Australia Photos at 17:45