Victorian architecture is a series of architectural revival styles in the mid-to-late 19th century. Victorian refers to the reign of Queen Victoria (1837–1901), called the Victorian era, during which period the styles known as Victorian were used in construction. However, many elements of what is typically termed "Victorian" architecture did not become popular until later in Victoria's reign. The styles often included interpretations and eclectic revivals of historic styles. The name represents the British and French custom of naming architectural styles for a reigning monarch. Within this naming and classification scheme, it followed Georgian architecture and later Regency architecture, and was succeeded by Edwardian architecture.

Ballarat is a city in the state of Victoria, Australia, approximately 105 kilometres west-north-west of the state capital Melbourne situated on the lower plains of the Great Dividing Range and the Yarrowee River catchment. It is the largest inland centre and third most populous city in the state and the fifth most populated inland city in Australia. The estimated urban area population is close to 100,000 inhabitants. It was named by Scottish settler Archibald Yuille who established the sheep run called Ballaarat in 1837 with the name derived from local Wathaurong Aboriginal words for the area, balla arat, thought to mean "resting place". The present spelling was officially adopted in 1996.

Ballarat is one of the most significant Victorian era boomtowns in Australia. Just months after Victoria was granted separation from New South Wales, the Victorian gold rush transformed Ballarat from a small sheep station to a major settlement. Gold was discovered at Poverty Point on 18 August 1851 and news quickly spread of rich alluvial fields where gold could easily be extracted. Within months, approximately 20,000 migrants had rushed the district. Unlike many other gold rush boom towns, the Ballarat fields experienced sustained yields.

Proclaimed a city in 1871, Ballarat's prosperity continued until late in the 19th century, after which its importance relative to both Melbourne and Geelong rapidly faded with the slowing of gold extraction. It has endured as a major regional centre hosting the rowing and kayaking events from the 1956 Summer Olympics. It is the commercial capital of the Central Highlands and the largest city in the Goldfields region of Victoria—a significant tourist destination. Ballarat is known for its history, culture and its well preserved Victorian era heritage. 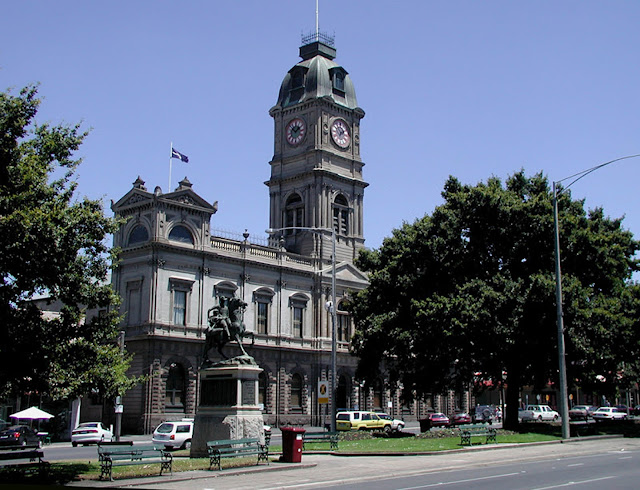 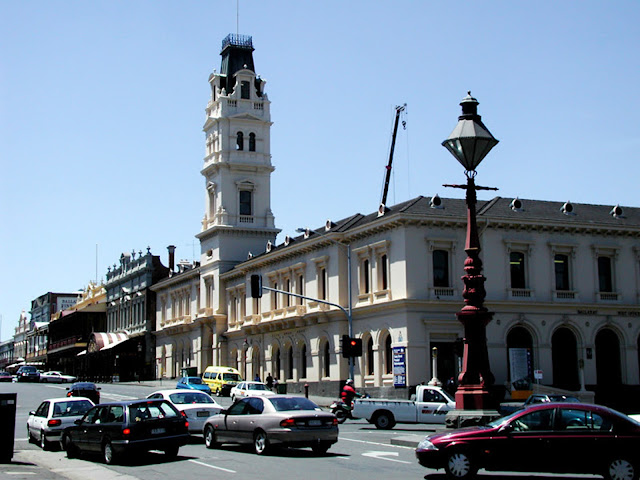 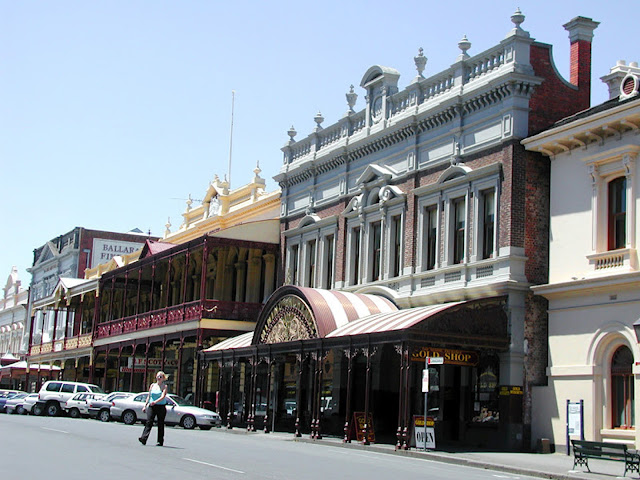 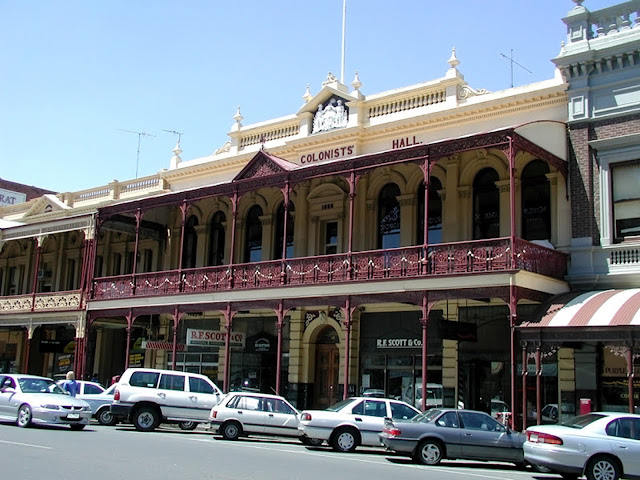 Posted by Melbourne Australia Photos at 17:59