The Murray River (in South Australia: River Murray; Ngarrindjeri: Millewa, Yorta Yorta: Tongala) is a river in south-eastern Australia. It is Australia's longest river at 2,508 km (1,558 mi) extent. Its tributaries include five of the next six longest rivers of Australia (the Murrumbidgee, Darling, Lachlan, Warrego and Paroo Rivers). Together with that of the Murray, the catchments of these rivers form the Murray-Darling basin, which covers about one-seventh the area of Australia. It is widely considered Australia's most important irrigated region.
The Murray rises in the Australian Alps, draining the western side of Australia's highest mountains, then meanders northwest across Australia's inland plains, forming the border between the states of New South Wales and Victoria as it flows into South Australia. From an east–west direction it turns south at Morgan for its final 315 km (196 mi), reaching the eastern edge of Lake Alexandrina, which fluctuates in salinity.
The water then flows through several channels around Hindmarsh Island and Mundoo Island. There it is joined by lagoon water from The Coorong to the south-east before emptying into the Great Australian Bight (often referenced on Australian maps as the Southern Ocean) through the Murray Mouth, 10 km (6.2 mi) east of Goolwa South. Despite discharging considerable volumes of water at times, particularly before the advent of large-scale river regulation, the waters at the Murray Mouth are almost invariably slow and shallow.
This post is part of the Our World Tuesday meme,
and also part of the Travel Tuesday meme,
and also part of the Wordless Wednesday meme. 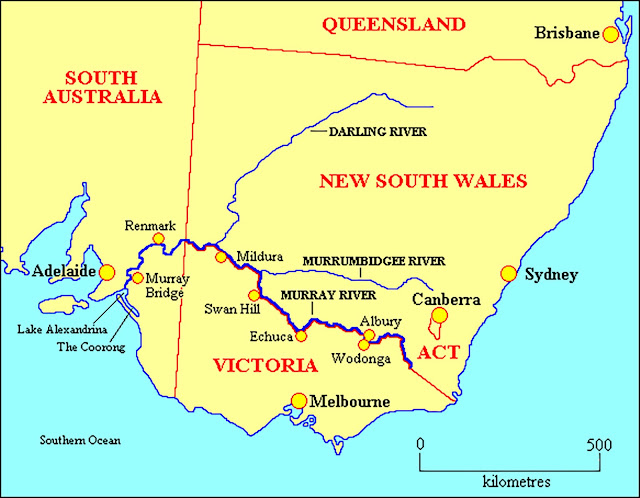 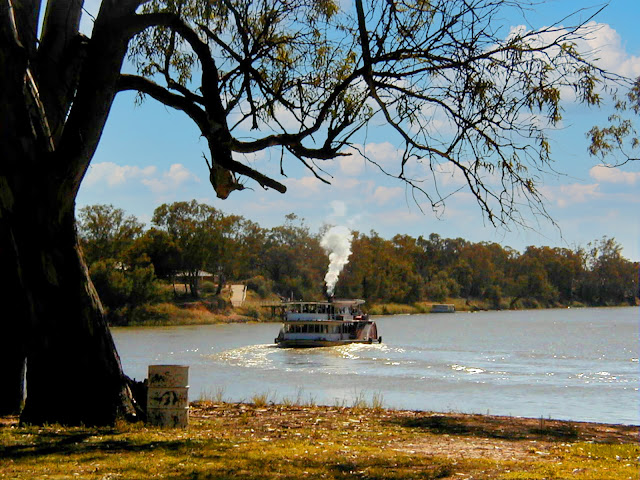 Posted by Melbourne Australia Photos at 18:41