A lunar eclipse occurs when the Moon moves into the Earth's shadow. This can occur only when the Sun, Earth, and Moon are exactly or very closely aligned (in syzygy) with Earth between the other two, and only on the night of a full moon. The type and length of a lunar eclipse depend on the Moon's proximity to either node of its orbit.
A totally eclipsed Moon is sometimes called a blood moon for its reddish colour, which is caused by Earth completely blocking direct sunlight from reaching the Moon. The only light reflected from the lunar surface has been refracted by Earth's atmosphere. This light appears reddish for the same reason that a sunset or sunrise does: the Rayleigh scattering of bluer light.
Unlike a solar eclipse, which can only be viewed from a relatively small area of the world, a lunar eclipse may be viewed from anywhere on the night side of Earth. A total lunar eclipse can last up to nearly 2 hours, while a total solar eclipse lasts only up to a few minutes at any given place, because the Moon's shadow is smaller. Also unlike solar eclipses, lunar eclipses are safe to view without any eye protection or special precautions, as they are dimmer than the full Moon.
This post is part of the Wordless Wednesday meme,
and also part of the My Corner of the World meme,
and also part of the Nature Notes meme. 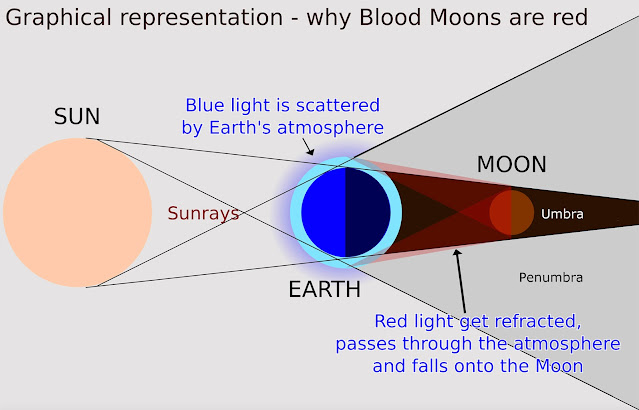 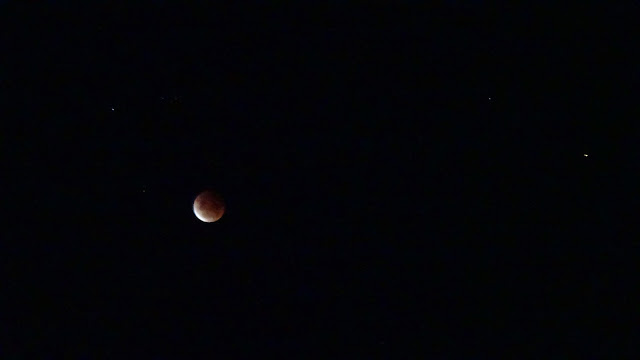 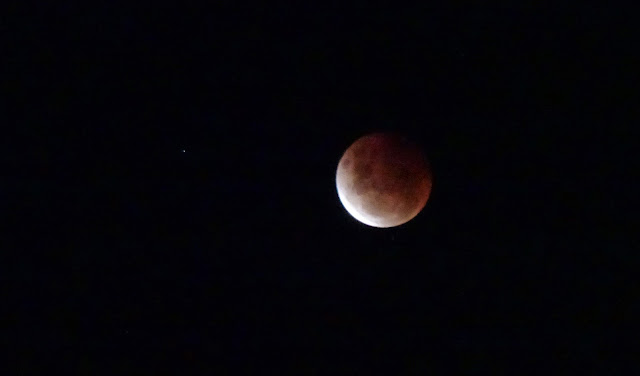 Posted by Melbourne Australia Photos at 19:02