Brachychiton acerifolius, commonly known as the Illawarra Flame Tree, is a large tree of the family Malvaceae native to subtropical regions on the east coast of Australia. It is famous for the bright red bell-shaped flowers that often cover the whole tree when it is leafless. Along with other members of the genus Brachychiton, it is commonly referred to as a Kurrajong (see another species here).

This tree is tolerant of temperate climates and is now cultivated world-over for its beauty. However, the maximum height of 40 metres is reached only in the original, warmer, habitat. It usually grows to be about 20 metres. Similarly to its Kurrajong relatives the leaves are variable, with up to 7 deep lobes. It is deciduous - shedding its leaves after the dry season. The spectacular flowering occurs in late spring and new foliage is ready for the summer rains. In areas where the winter is not particularly dry, this natural rhythm may become somewhat erratic and the tree may flower only partially.

Flowers are scarlet bells with 5 partially fused petals. The pod-like fruits (technically known as follicles) are dark brown, wide, boat-shapes and about 10 cm long. They contain masses of thin bristles that stick in the skin, as well as yellow seeds. These are nutritious and were eaten by Aborigines after toasting.

This post is part of the Skywatch Friday meme,
and also part of the Floral Friday Fotos meme. 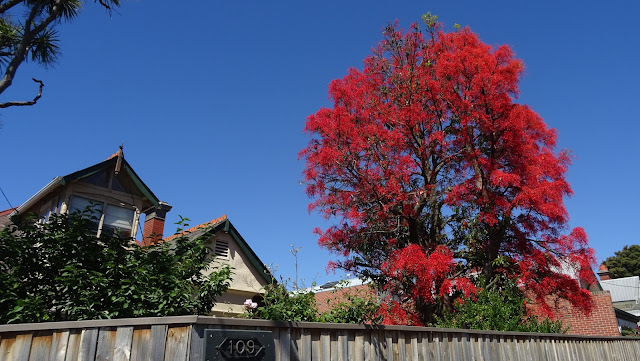 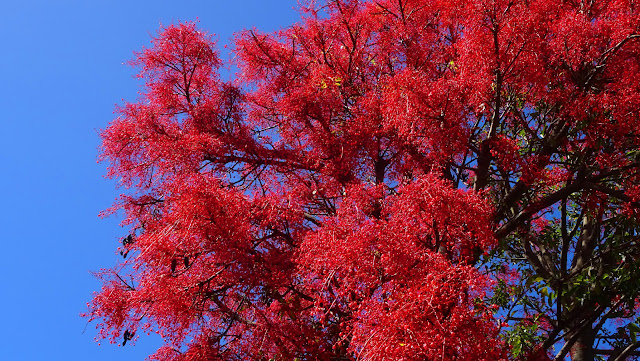 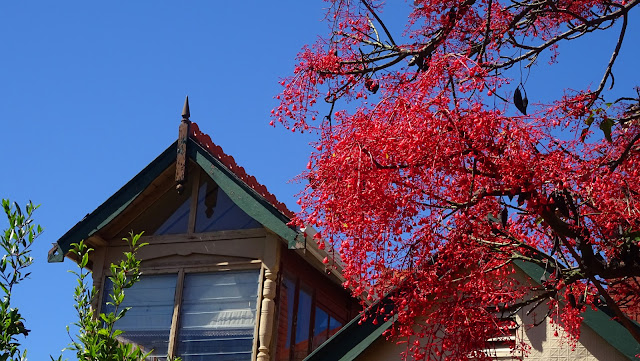 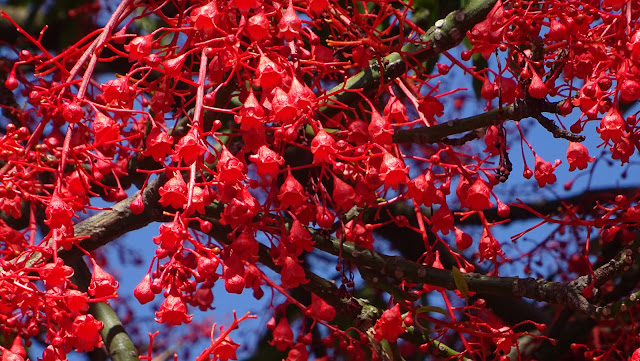 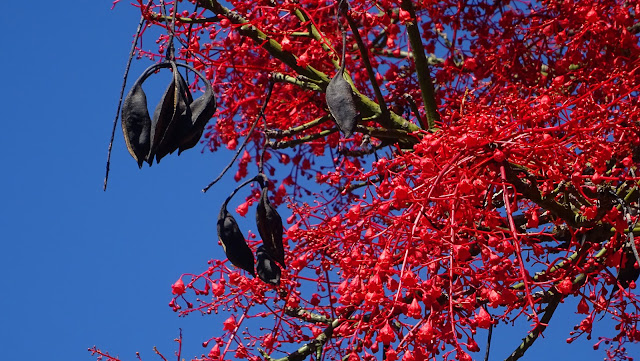 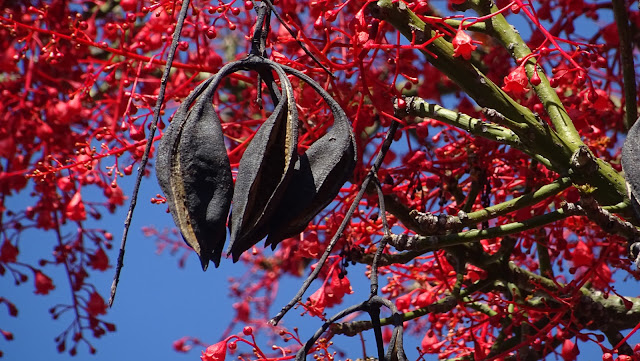 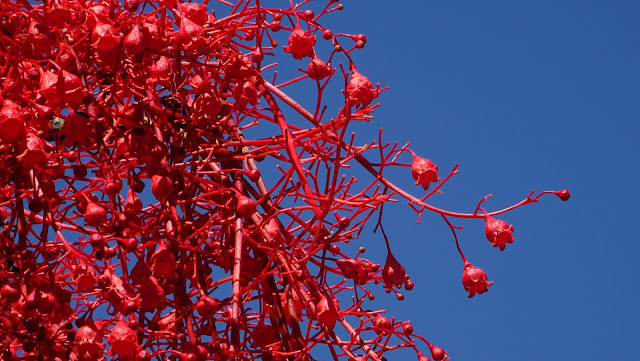 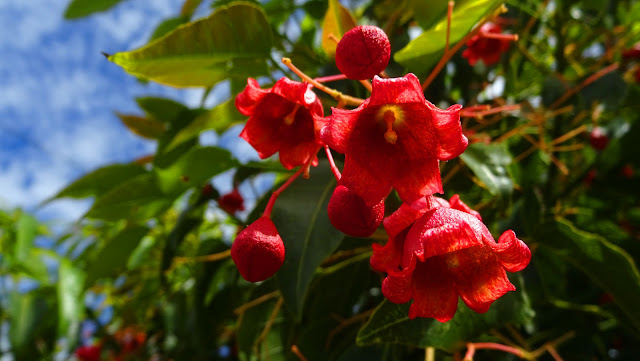 Posted by Melbourne Australia Photos at 17:46