The side entrance to St Patrick's Catholic Cathedral of Melbourne leads to a path called "St Patrick's Pilgrim Way". It is dominated by a very beautiful fountain of water coming down the middle of the path. It illustrates a beautiful image from the scriptures, and it's very suitable for Australia because we understand the importance of water. So to speak of the "streams of living water" is particularly apt. At the bottom-most part of the fountain there is also a beautiful poem by Australian James McAuley.

In the Book of Revelation, one of the images for eternity, is the streams of living water coming from the throne of the lamb. So at the top of the fountain set in a shallow bowl, there is a figure of the Paschal lamb. Quotations from Old and New Testament, emphasise the imagery of water in the role of religion, bringing human flourishing and bringing life after death.
Around the side there are two beautiful bronze pieces of the two patrons of Italy, Catherine of Siena and Francis of Assisi, indicating that Italian Australians are the second major group of Catholics in Melbourne.
This post is part of the Sunday Psalms meme. 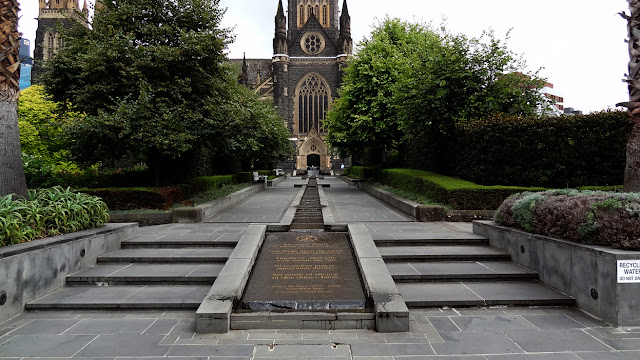 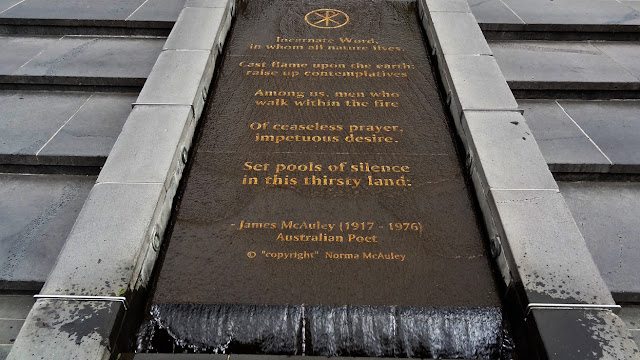 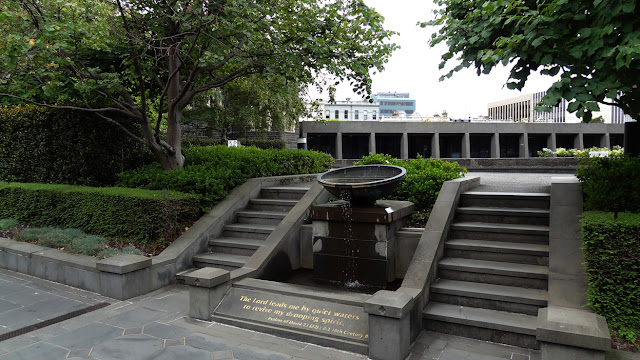 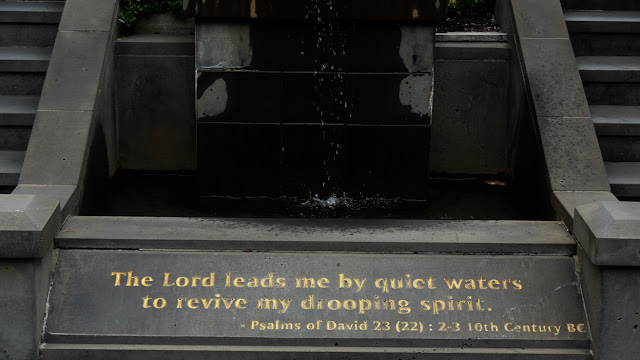 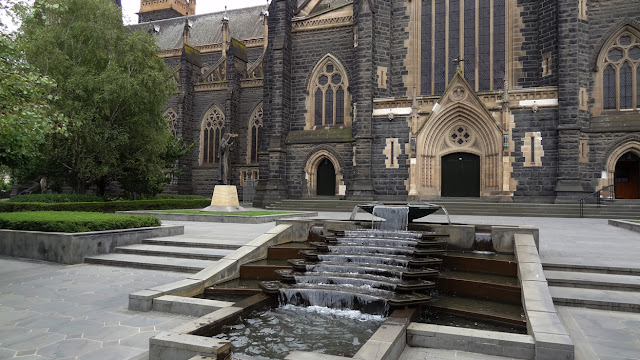 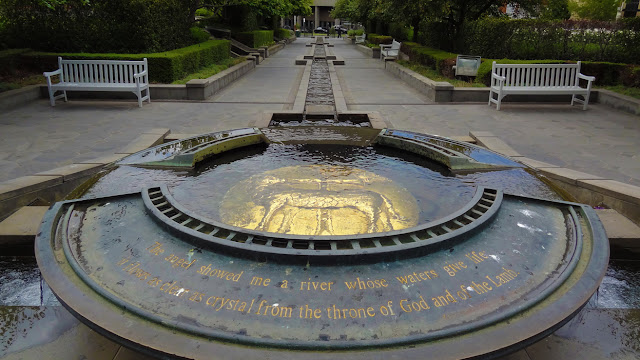 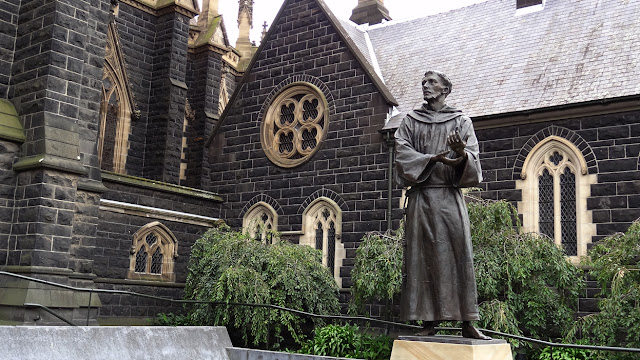 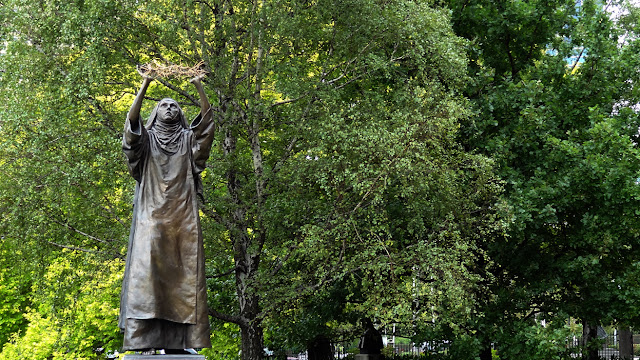 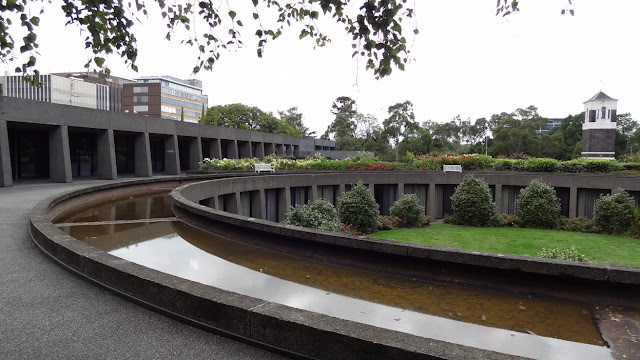 Here is Franz Schubert's setting of Psalm 23 - "The Lord is my Shepherd", sung by the Girl Choristers of Worcester Cathedral Choir, directed by Christopher Allsop with organist Adrian Lucas. Recorded live in St. Peter's Church, Leipzig during the October half-term 2010 Cathedral Choir Tour to Germany.
Posted by Melbourne Australia Photos at 17:41