Benalla is a rural city of just over 9,000 people located just off the Hume Freeway in north-eastern Victoria, Australia, about 40 kilometres southwest of Wangaratta. Its Local Government Area is the Rural City of Benalla. The site was originally taken up as a pastoral run by the Reverend Joseph Docker in 1838 and called Benalta Run, from the Aboriginal word for Musk Duck. A town was laid out on the site in 1846.


The ceramic mural is a very special place alongside Lake Benalla, draws on elements of nature and has been called "the largest community artwork in Australia". The structure includes an amphitheatre, viewing platform and two sets of sound pipes ("thongaphones") for performances. The mural project started as a community arts project in 1983 under the auspices of Forum (now The Centre). Funding from the Australia Council Community Arts Board saw the appointment of Judy Lorraine as Artist-in-Residence. Further funding from the Commonwealth Government in 1985 enabled a workshop to be set up at the Benalla Aerodrome.
Opportunities for all skill levels encouraged the community to participate in creating the ceramic forms. Local primary school children helped design the clay pavers which surround the circular entrance seat. In 1988, a grant from the Australian Bicentennial Authority enabled the appointment of noted Australian ceramic artists to complete the "cave seats" in the colonnade.
This post is part of the Monday Murals meme. 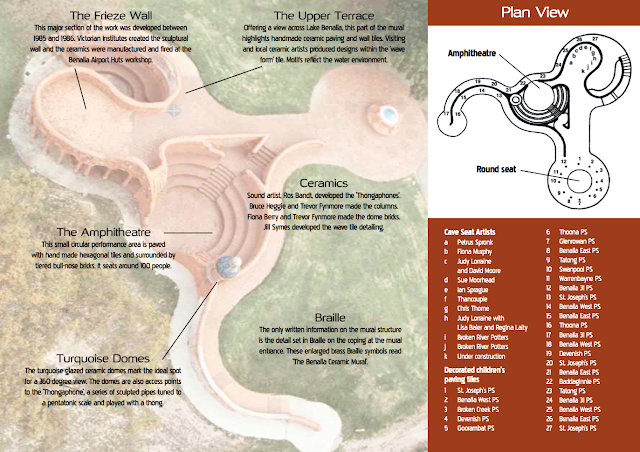 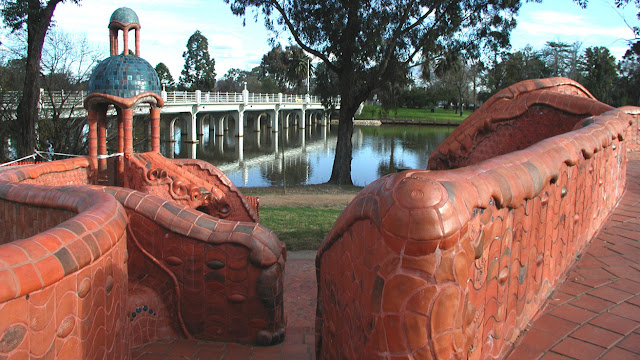 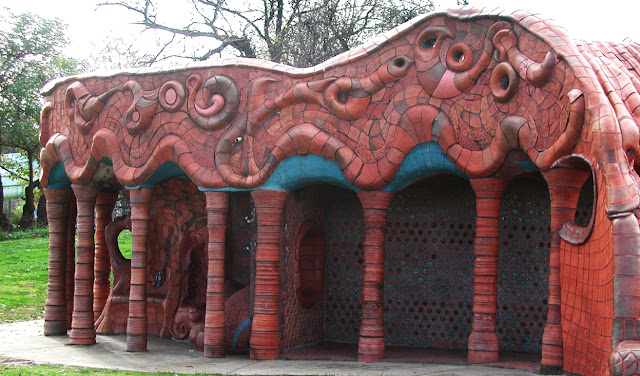 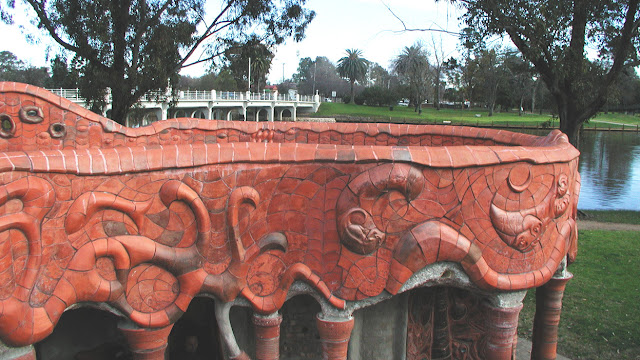 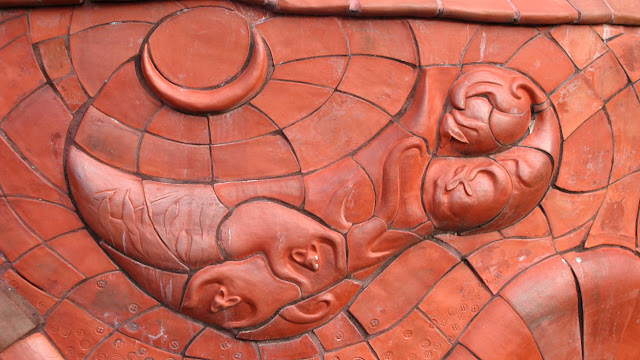 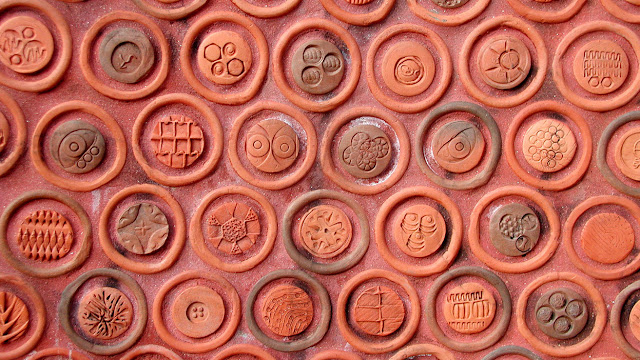 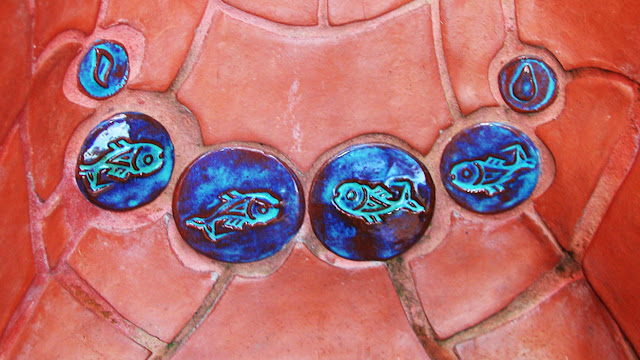 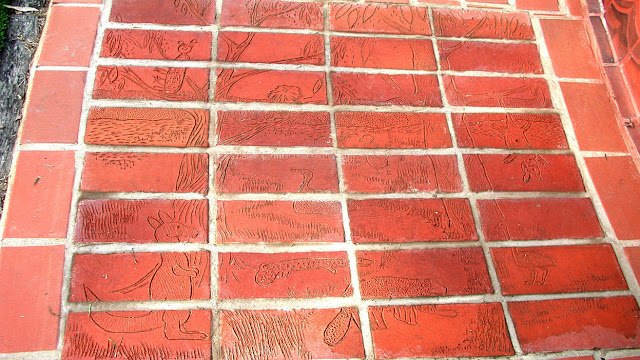 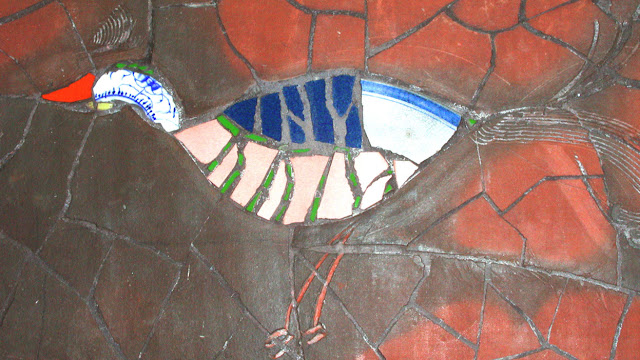 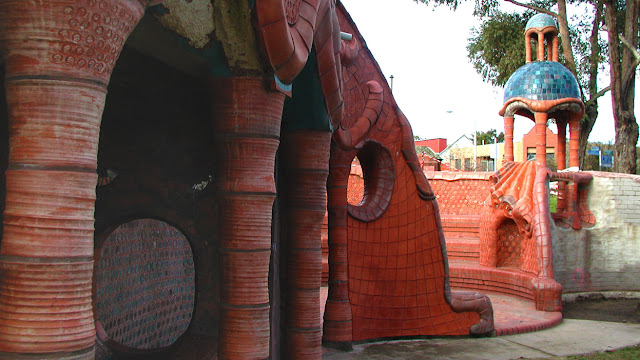 Posted by Melbourne Australia Photos at 05:55