In 1860–61, Robert O'Hara Burke and William John Wills led an expedition of 19 men with the intention of crossing Australia from Melbourne in the south to the Gulf of Carpentaria in the north, a distance of around 3,250 kilometres (approximately 2,000 miles). At that time most of the inland of Australia had not been explored by non-indigenous people and was completely unknown to the European settlers. The south-north leg was successfully completed (except that they were stopped by swampland 5 kilometres (3.1 mi) from the northern coastline), but owing to poor leadership and bad luck, both of the expedition's leaders died on the return journey. Altogether, seven men lost their lives, and only one man, John King, crossed the continent with the expedition and returned alive to Melbourne.

The Victorian Government held a Commission of Enquiry into the deaths of Burke and Wills. Howitt was sent back to Cooper Creek to recover their bodies and the explorers were given a state funeral in Melbourne on Wednesday, 21 January 1863. The funeral car was modelled on the design used for the Duke of Wellington ten years earlier. There were reported to have been 40,000 spectators. Burke and Wills were then buried at the Melbourne General Cemetery.

The memorial in Melbourne General Cemetery consists of a massive granite slab. Around the four sides of the base are the following inscriptions:
In memory of  Robert O'Hara Burke  and William John Wills leader  and second in command  of the  Victorian exploring expedition  died at Cooper’s Creek  June 1861.
Comrades in a great achievement  companions in death  and  associates in renown. The first to cross  the continent of Australia  Burke Wills  Gray King survivor. 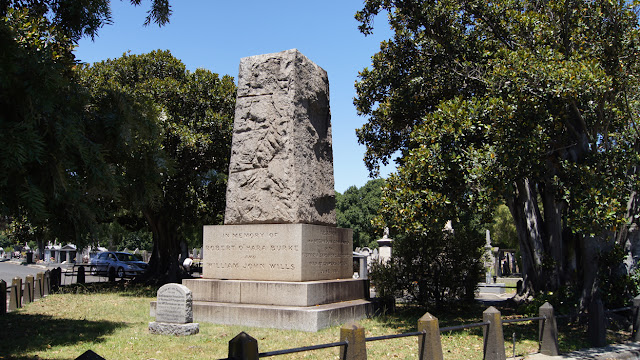 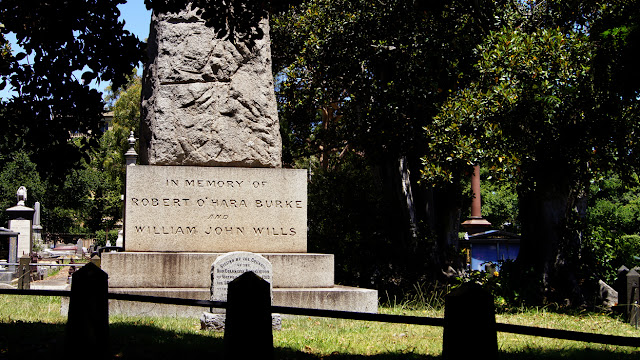 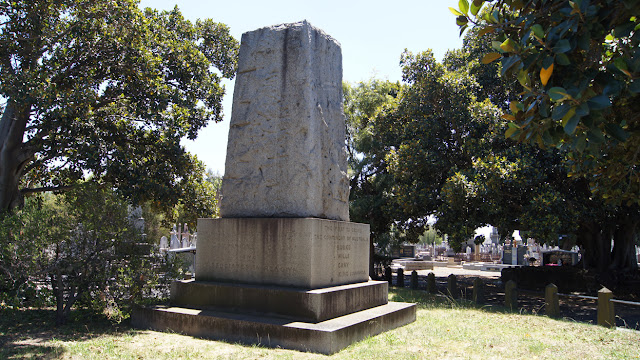 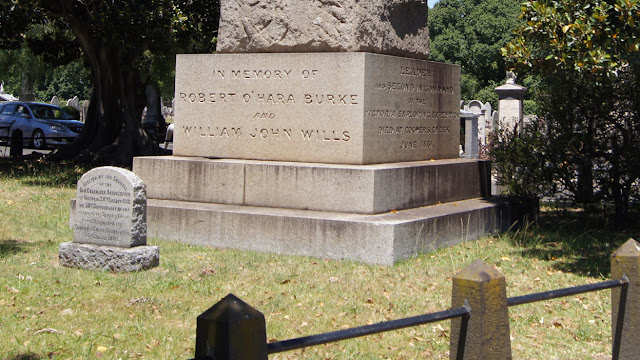 This post is part of Julie's Taphophile Tragics meme.
Posted by Melbourne Australia Photos at 21:11