Corymbia ficifolia or the red flowering gum also known as Albany red flowering gum (previously known as Eucalyptus ficifolia) is one of the most commonly planted ornamental trees in the broader eucalyptus family. In 2009, genetic studies showed that C. ficifolia comprises a natural group with two other Western Australian species C. calophylla and C. haematoxylon. The group was classified as section Calophyllae within the subgenus Corymbia.

It is native to a very small area of south coastal Western Australia (measured in just tens of kilometres) to the east of Walpole (430 km Southeast of Perth), but is not considered under threat in the wild. In nature Corymbia ficifolia prefers infertile, sandy soils but it is readily adaptable to most temperate locations, provided it is not exposed to severe frost or sustained tropical damp.

It is an ideal street tree as it is hardy, moderately fast growing, and rarely grows large enough to require pruning. The largest known single-stemmed tree in the world (216.5 cm diameter) is located on Princes Street in Hamilton, New Zealand. Because of its big and lovely colourful flowers, genetic improvement for cold resistance in Dublin area in Ireland is being carrying out by collecting seeds from Western and Southern Australia in the coldest parts of Australia where it grows. In Ireland most of the plants were killed by severe frosts but the surviving shoots have been kept by tissue culture.

The photos below are from an orange flowering variety, which is growing in our street. 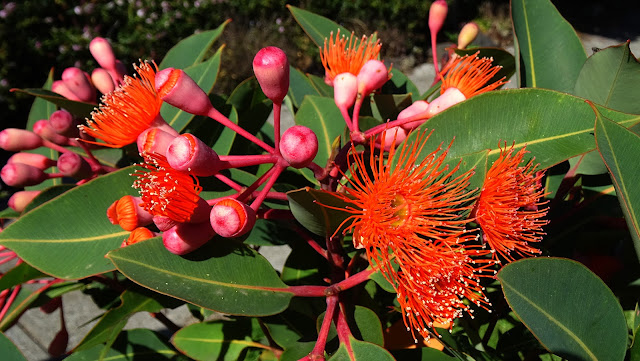 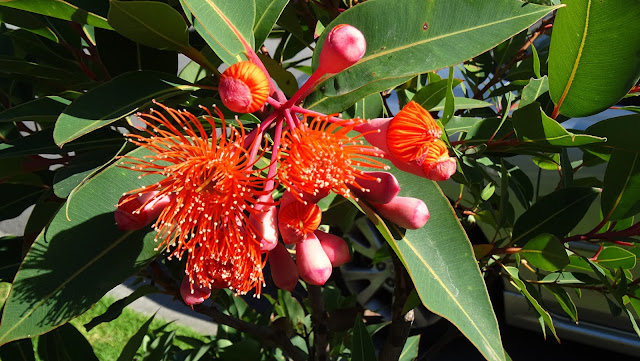 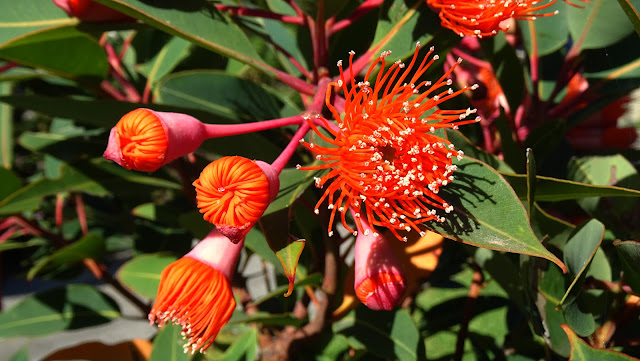 Posted by Melbourne Australia Photos at 19:50