In late December 2015, the final two of four murals were installed as part of the Peter Lalor Walkway Redevelopment and Graffiti Mural Project, in Lalor (an outer Northern suburb). Entitled ‘Lalor Conversation’, the four ceramic panels celebrate the rich history and development of Lalor and cover an area in Peter Lalor Walkway that was routinely tagged with graffiti. The City of Whittlesea partnered with the Victorian Government’s Community Crime Prevention Unit and the Lalor Traders Association in an effort to prevent future graffiti and improve the appearance and amenity of Peter Lalor Walk.

Artist Bern Emmerichs was commissioned to design and produce a mural that celebrates the rich cultural history and development of the suburb of Lalor. Ms Emmerichs is an accomplished ceramic artist and painter who has exhibited widely throughout Australia and overseas. Her work is held in major State and National collections. This work now connects the two sections of the shopping precinct and enhances the community feel of the area.

Mural panel one pays respect to the Wurundjeri Willum Clan, the Traditional Owners and first peoples of this land. It portrays William Barak and his sister Annie Borat, their culture and people, and their important role in the history of this place.

Panel two celebrates Peter Lalor, after whom the walkway and suburb are named. It honours his achievements at the Eureka Stockade and his contribution to democracy in Australia.

The third mural panel represents the German immigrant families of the 1850s who settled the land and established the original farms in Westgarthtown - the area now known as Lalor and Thomastown.

The fourth and final panel represents those who settled in the area through the assistance of the Peter Lalor Homebuilding Cooperative Society and the culture and diversity of the contemporary Lalor community.

This public art will bring a sense of history and pride to the community and will hopefully keep the Walkway a safe and vibrant space for years to come. The arts are an important ingredient in developing community wellbeing, place making and economic prosperity. I for one certainly appreciate these wonderful pieces of art and local history documentation and always spend sometime admiring them when I pass by. 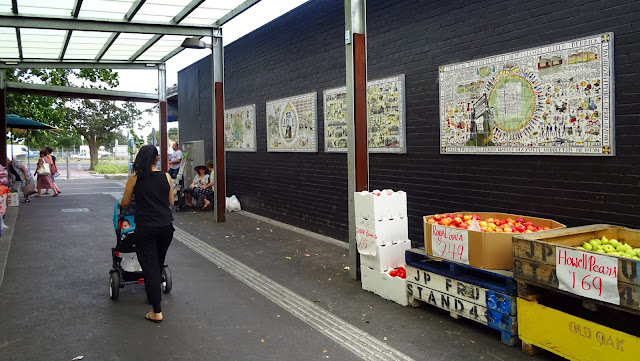 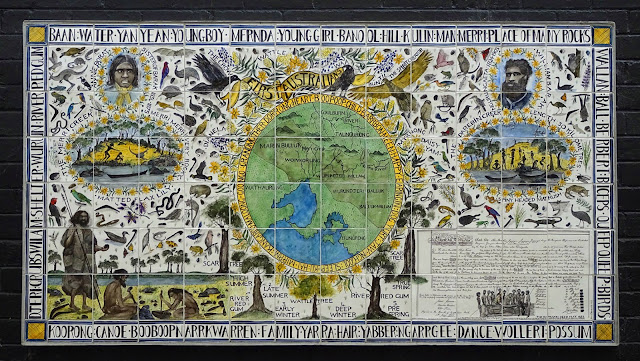 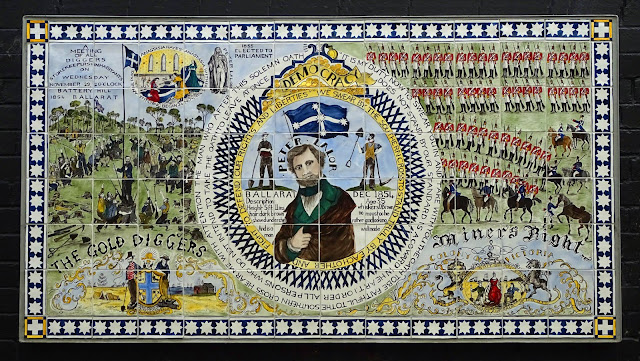 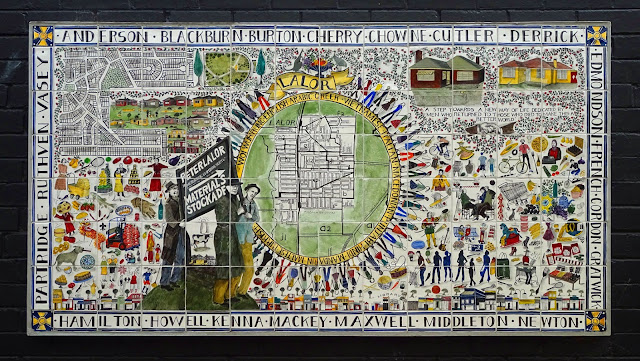 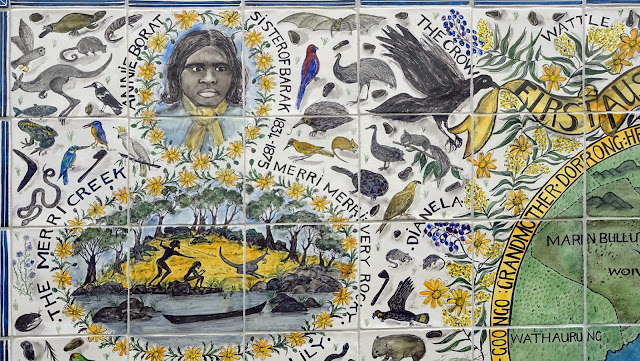 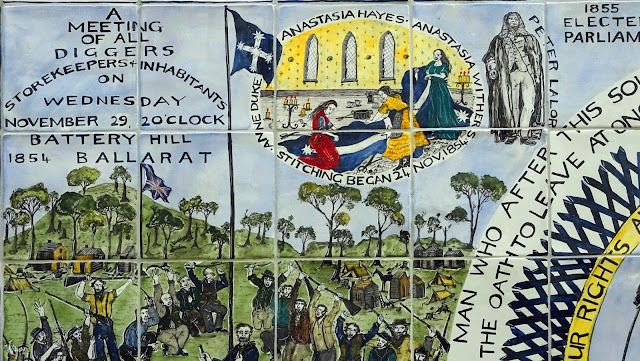 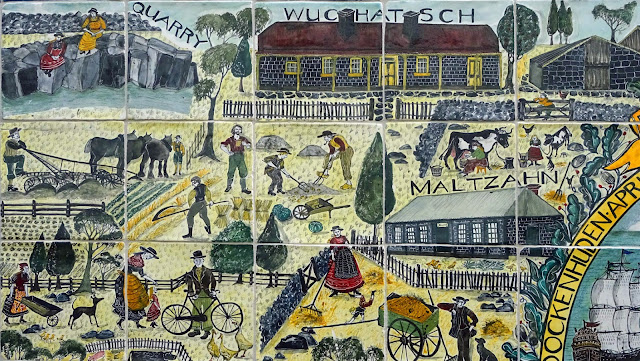 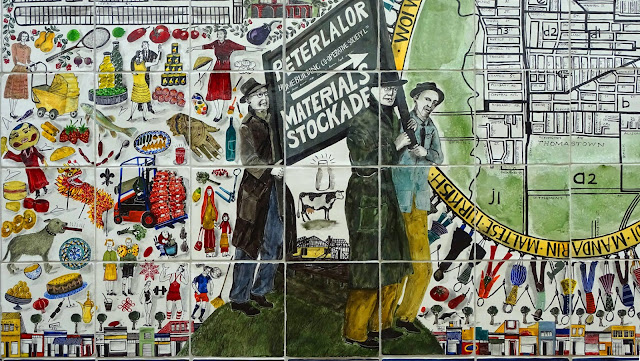 Posted by Melbourne Australia Photos at 18:51