Adnate is an artist that realises his portraits in spray paint. He has moved past his roots in graffiti, utilising the medium to carry his realist style into the fine art realm. Heavily influenced by the chiaroscuro of renaissance painters like Caravaggio, Adnate embraces portraiture like the masters of the XVI Century. Elevating graffiti art above the level of letter writing, Adnate’s subject matter and their subsequent status often belies the intent of his portraits.

His works are often cropped by evocative slices of vibrant colour, channelling a presence of character, much like a still life uses its background as a setting for detail and showing of fine brushstrokes. Adnate’s realism is highlighted by the use of what appears careless, but is frequently calculated blocks of vibrant colour. Adnate is still best known for the stunning portraits, typically of indigenous people, that can be found across Melbourne. This 2015 mural is found at the corner of Park and Station Sts, Carlton North and Adnate has collaborated with fellow artist Plea to create this beautiful portrait of a young Aboriginal boy.

Adnate's journey has involved spending time with indigenous communities in Arnhem Land, the Western Desert and the Northern Territory's central desert as well as Melbourne, photographing subjects that he would later paint. Beyond deepening Adnate's understanding of Aboriginal culture, he hopes that his art might trigger greater public engagement with indigenous culture. 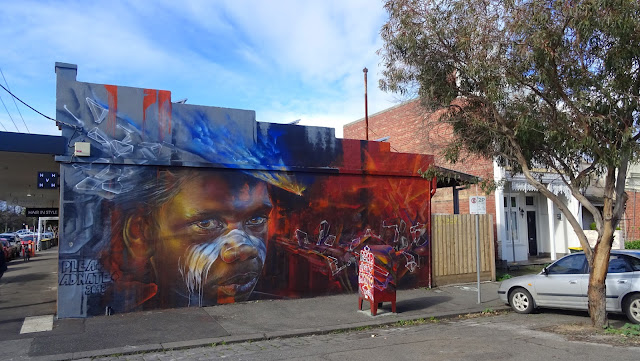 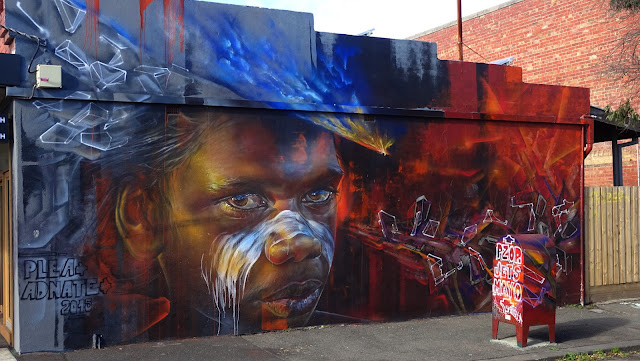 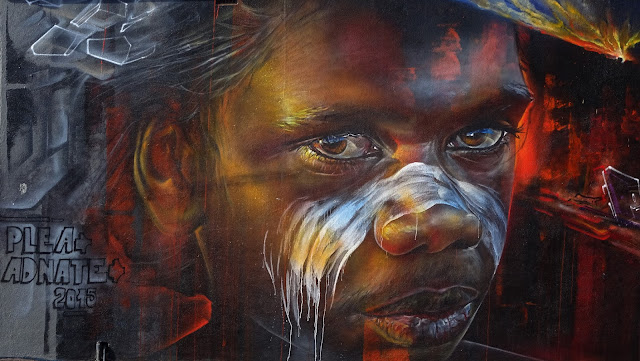 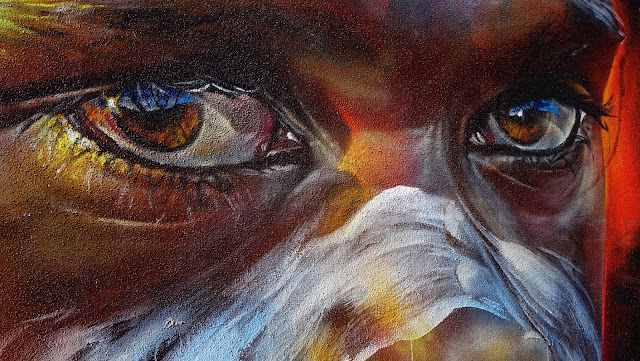 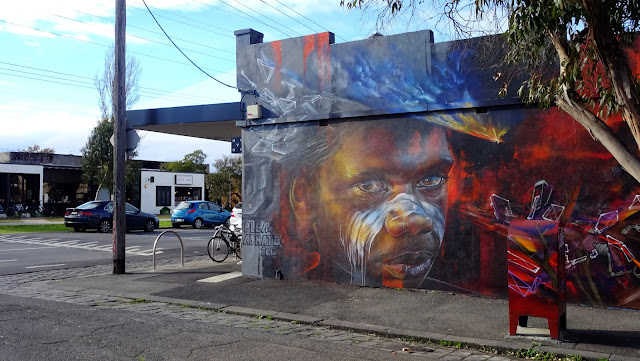 Posted by Melbourne Australia Photos at 19:39