OUR LADY HELP OF CHRISTIANS

In January 1911, the Archbishop of Melbourne, Archbishop Carr appointed Fr Joseph King as founder and first parish priest of the new parish of Our Lady Help of Christians East Brunswick. Fr King celebrated the first Masses in the parish on 22 January 1911, on an altar made up of packing cases, in Excelsior Hall at 767 Nicholson Street. At a parish meeting 10 days later, on 1 February, a decision was taken to build a church-school on a block of land, bounded by Barkly, Dean and Holden Streets, which Archbishop Carr had given as a gift to the new parish. The Sisters of Mercy were appointed to teach at the school and the church-school building was blessed and opened on 5 November 1911.

The Statue of Our Lady, on top of the church tower in East Brunswick was carved by a Sydney artist from Queensland beech wood, covered with copper and then gold leaf. The statue was blessed and installed in October 1918 when Mr W. (Tas) Lennox and assistants hoisted it to the top of the tower with a wooden crane. It was the first statue of its kind in honour of Our Lady Help of Christians to be erected in Australia.

This post is part of the Skywatch Friday meme,
and also part of the Friday Photo Journal meme. 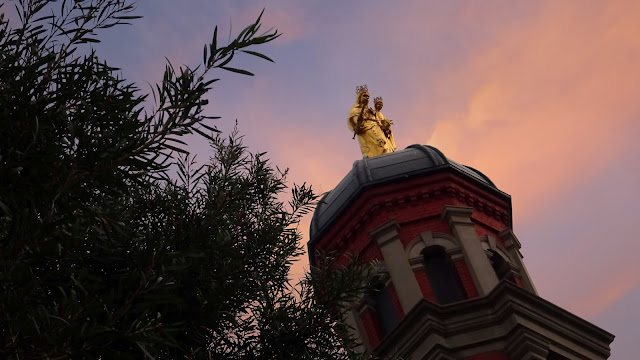 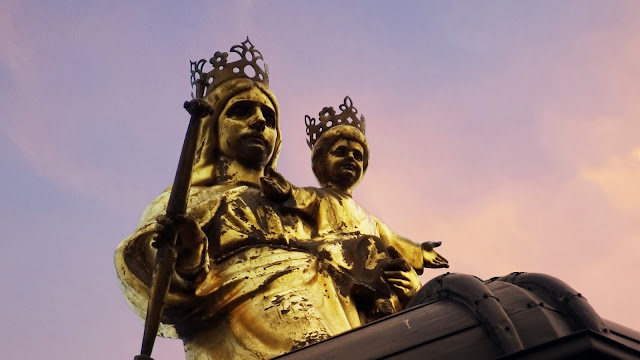 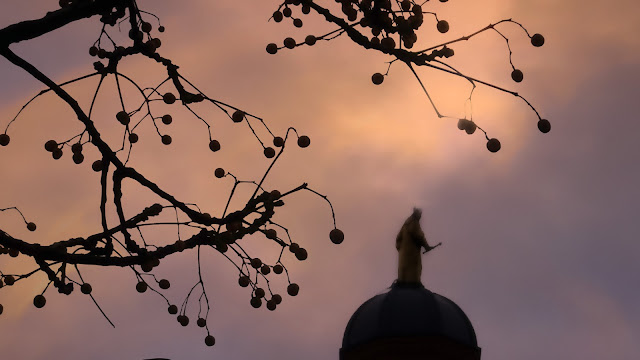 Posted by Melbourne Australia Photos at 19:00