The long-billed corella (Cacatua tenuirostris), or slender-billed corella is a cockatoo native to Australia, which is similar in appearance to the little corella and sulphur-crested cockatoo. This species is mostly white, with a reddish-pink face and forehead, and has a long pale beak, which is used to dig for roots and seeds. It has reddish-pink feathers on the breast and belly.

The adult long-billed corella measures from 38 to 41 cm in length, has a wingspan of about 80–90 cm and averages 567 g in weigh] It has a long bone-coloured beak, and a rim of featherless bluish skin around the eyes. The plumage is predominantly white with reddish feathers around the eyes and lores. The underside of the wings and tail feathers are tinged with yellow.

The long-billed corella can be found in the wild around western Victoria and southern New South Wales. Feral populations have sprung up in Sydney, Perth, Hobart and southeast Queensland from the release of captive birds. This has implications in Western Australia where this species may hybridise with the endangered southern race of the western corella. It has extended its range in the past 15 years or so and can now be found (and is common) right through central Victoria including areas around Melbourne. Here they are foraging in the Darebin Parklands in suburban Melbourne.

Breeding generally takes place from July to November. Long-billed corellas form monogamous pairs and both sexes share the task of building the nest, incubating the eggs and caring for the young. Nests are made in decayed debris, the hollows of large old  [3] are laid on a lining of decayed wood. The incubation period is around 24 days and chicks spend about 56 days in the nest. 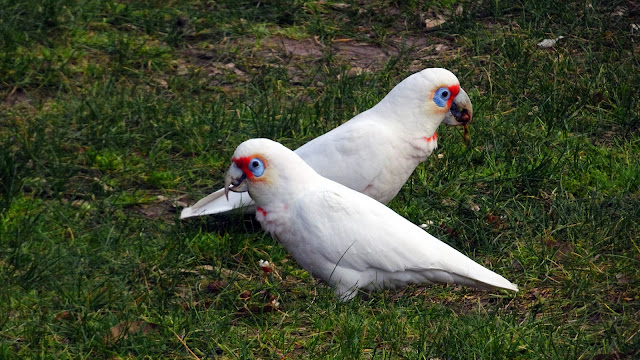 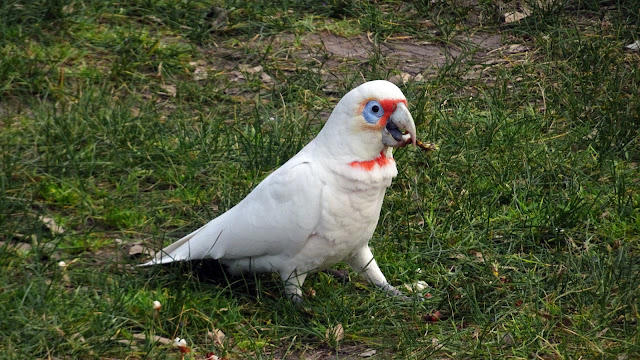 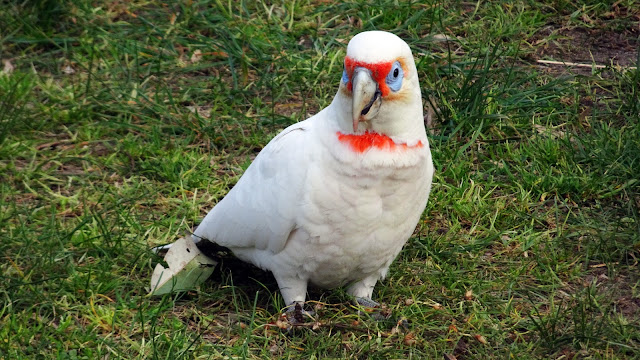 Posted by Melbourne Australia Photos at 18:47