At the National Gallery of Victoria there is an excellent bookshop where one may find all sorts of books relating to art, design and topics that would interest any civilised, rational human being. I love spending time not only in the Gallery itself, but also in the store, where I invariably succumb to temptation, such as this book on Botticelli, who is one of my favourite Renaissance artists.

Alessandro di Mariano di Vanni Filipepi (c. 1445 – May 17, 1510), known as Sandro Botticelli, was an Italian painter of the Early Renaissance. He belonged to the Florentine School under the patronage of Lorenzo de' Medici, a movement that Giorgio Vasari would characterise less than a hundred years later in his Vita of Botticelli as a "golden age". Botticelli's posthumous reputation suffered until the late 19th century; since then, his work has been seen to represent the linear grace of Early Renaissance painting.

As well as the small number of mythological subjects which are his best known works today, he painted a wide range of religious subjects and also some portraits. He and his workshop were especially known for their Madonna and Childs, many in the round tondo shape. Botticelli's best-known works are The Birth of Venus and Primavera (see below), both in the Uffizi in Florence. He lived all his life in the same neighbourhood of Florence, with probably his only significant time elsewhere the months he spent painting in Pisa in 1474 and the Sistine Chapel in Rome in 1481–82. 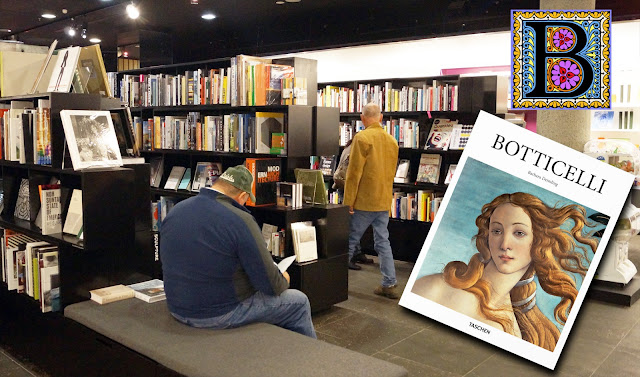 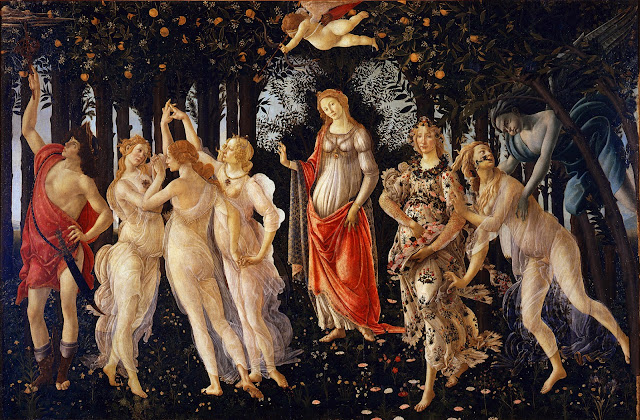 Posted by Melbourne Australia Photos at 13:09