The eastern rosella (Platycercus eximius) is a rosella native to southeast of the Australian continent and to Tasmania. It has been introduced to New Zealand where feral populations are found in the North Island (notably in the northern half of the island and in the Hutt Valley) and in the hills around Dunedin in the South Island.

The eastern rosella is 30 cm long. It has a red head and white cheeks. The beak is white and the irises are brown. The upper breast is red and the lower breast is yellow fading to pale green over the abdomen. The feathers of the back and shoulders are black, and have yellowish or greenish margins giving rise to a scalloped appearance that varies slightly between the subspecies and the sexes. The wings and lateral tail feathers are bluish while the tail is dark green. The legs are grey. The female is similar to the male though duller in colouration and has an underwing stripe, which is not present in the adult male. Juveniles are duller than females and have an underwing stripe. The diet of eastern rosellas mainly consists of fruit, seeds, flowers and insects.

The eastern rosella is sometimes kept as a pet. These birds are desired for their beautifully coloured plumage. They are intelligent creatures, which can be trained to whistle a wide repertoire of tunes and may even learn to speak a few words or phrases. Rosellas can make good companion parrots; however, they require a great deal of attention and many toys to satisfy their need for social interaction and mental stimulation. These birds sometimes won't adapt to life as a family pet. Hand-raised birds can be fully domesticated, but usually they turn out still wild. Usually, this species doesn't like getting “petted” or “cuddled” and can bite in response to this type of handling. Many people believe that rosellas are best housed in large aviaries that enable them to fly freely with minimal human socialization. Despite these difficulties, many people enjoy the eastern rosella as a beautiful but sometimes feisty pet bird. 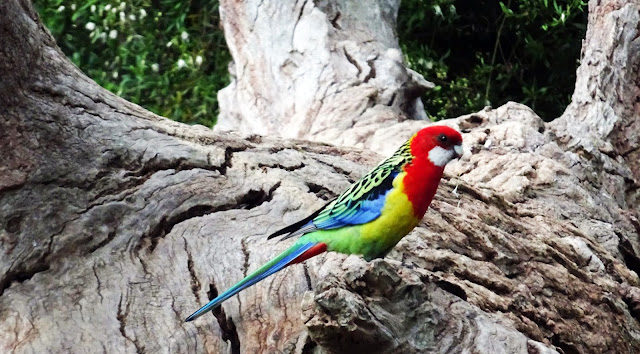 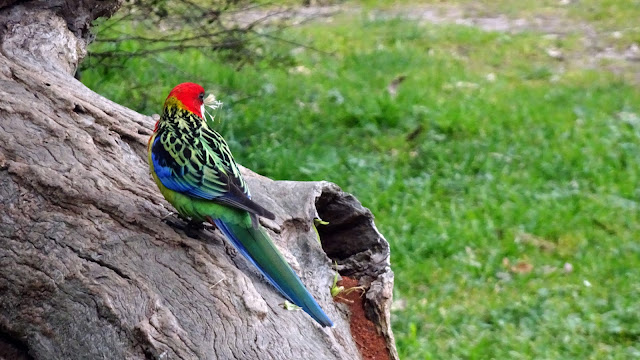 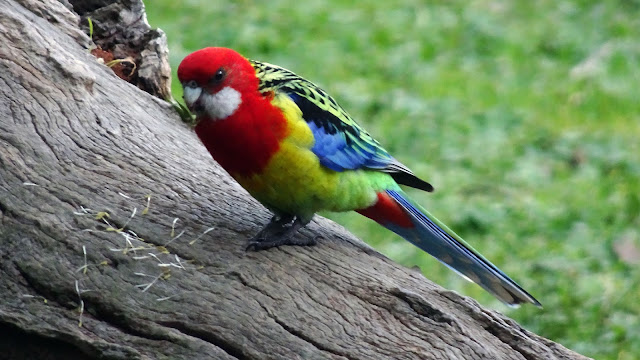 Posted by Melbourne Australia Photos at 18:15