Zoology noun [mass noun] The scientific study of the behaviour, structure, physiology, classification, and distribution of animals. • The animal life of a particular area or time: The zoology of Darebin Parklands. ORIGIN Mid 17th century: from modern Latin zoologia (derived from Greek Ζωολογία).

The Darebin Creek supports a wide diversity of bird, mammal, reptiles, fish, frogs and insects. Over 100 species of birds make along the Darebin Creek, and while some are resident species, living and breeding in the Catchment, others are seasonal migrants visiting from other parts of Australia and the world. Birds range from the Wedge-tailed Eagle, which is a powerful hunter, to the tiny insect loving Spotted Pardalote. Kingfishers and Little Pied Cormorants can be seen close to the creek and wetlands doing a spot of fishing. Ducks are common along the creek and breed in bird boxes built especially for them. Yellow-tailed Black-cockatoos are a noisy addition to the creek as they fly about looking for dead Acacia trees containing grubs.

There are more than ten species of frogs, including the endangered Growling Grass Frog, Spotted Marsh Frog and Ewing’s Tree Frog. Mammals include the Short-beaked Echidna, Brush and Ring-tailed Possums, Rakali (Water rats), Kangaroos and Grey Headed Flying Foxes as well as tiny Micro-bats that are less than 5cm in length. Reptiles include, Blue-tongue Lizards, Tiger Snakes and Long-necked Turtles. Eels and fish live in the Darebin Creek sharing their home with macro-invertebrates such as Burrowing Crayfish and Yabbies. Many of the creek’s residents are nocturnal, meaning they are most active at night, including possums and bats.

Introduced species such as foxes, wildcats and the visiting dogs on owners' leashes complete the zoological profile of this wonderful nature reserve in the midst of our city. 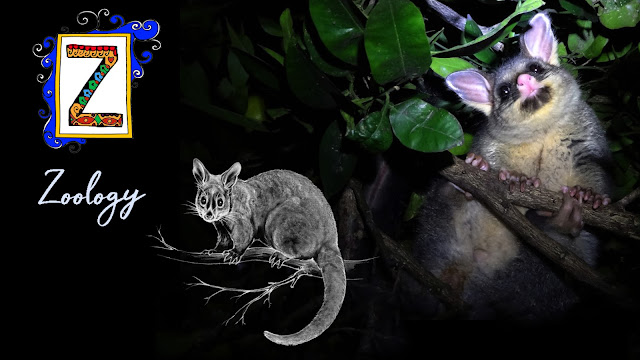 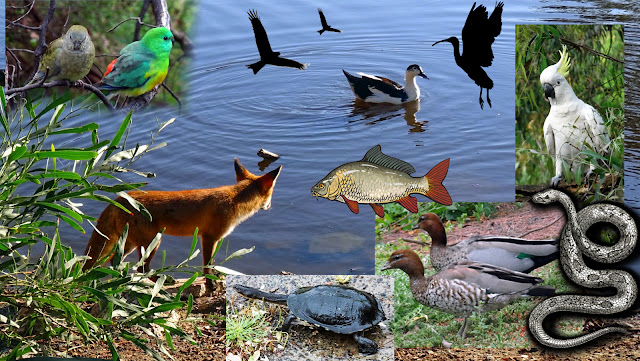 Posted by Melbourne Australia Photos at 18:50