Melbourne Museum is adjacent to the Royal Exhibition Building. It was designed by Denton Corker Marshall Architects and finished construction in 2001. It was commissioned by the Victorian Government Office of Major Projects on behalf of Museums Victoria. The museum is a rich response to Melbourne’s urban condition, and provides a place for education, history, culture and society to engage with each other in a contemporary setting. It is now an important part of Melbourne’s soft infrastructure.

It is the largest museum in the Southern Hemisphere, and is a venue of Museum Victoria, which also operates the Immigration Museum and Scienceworks Museum. The museum has seven main galleries, a Children's Gallery and a temporary exhibit gallery on three levels, Upper, Ground and Lower Level and was constructed by Baulderstone Hornibrook.

The Touring Hall is where temporary exhibits are displayed. Past exhibits include mummies from Egypt and dinosaurs from China. The Big Box is part of the Children's Gallery. In addition, the museum has other facilities such as the Sidney Myer Amphitheatre and The Age Theatre. The Discovery Centre, on the Lower Level, is a free public research centre. The museum also has a cafe and a souvenir shop.The IMAX Theatre, which is situated on the Lower Level is also part of the museum complex. It shows movies, usually documentary films, in 3-D format. 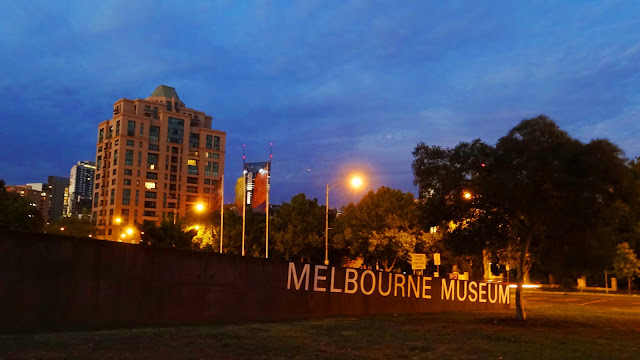 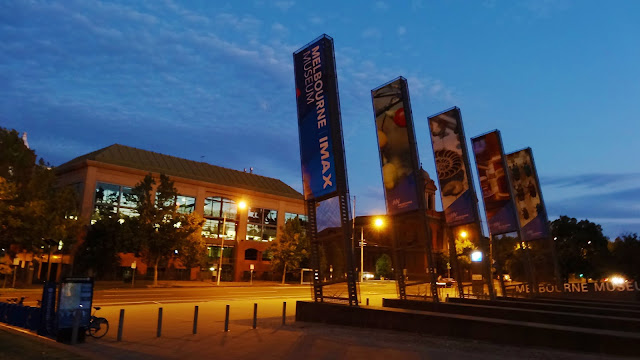 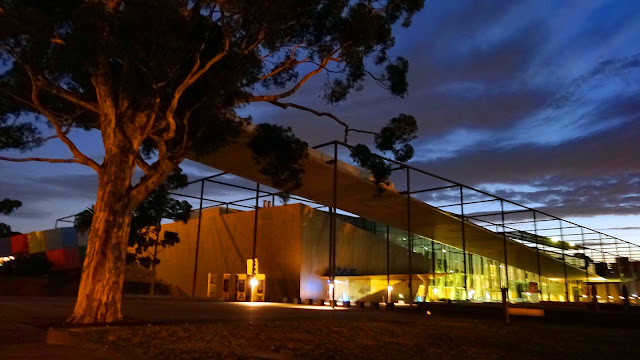 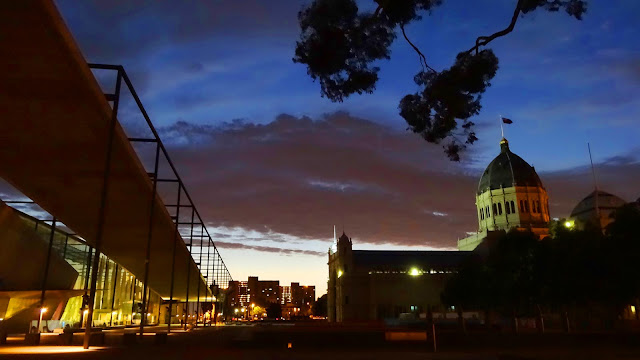 Posted by Melbourne Australia Photos at 19:01