Canvas is an extremely durable plain-woven fabric used for making sails, tents, marquees, backpacks, and other items for which sturdiness is required, as well as in such fashion objects as handbags, electronic device cases, and shoes. It is also popularly used by artists as a painting surface, typically stretched across a wooden frame.

Canvas has become the most common support medium for oil painting, replacing wooden panels. It was used from the 14th century in Italy, but only rarely. One of the earliest surviving oils on canvas is a French Madonna with angels from around 1410 in the Gemäldegalerie, Berlin.

Canvas is typically stretched across a wooden frame called a stretcher and may be coated with gesso before it is to be used; this is to prevent oil paint from coming into direct contact with the canvas fibres, which will eventually cause the canvas to decay. A traditional and flexible chalk gesso is composed of lead carbonate and linseed oil, applied over a rabbit skin glue ground; a variation using titanium white pigment and calcium carbonate is rather brittle and susceptible to cracking.

Jean-Baptiste-Camille Corot (known as Camille Corot; July 16, 1796 – February 22, 1875) was a French landscape and portrait painter as well as a printmaker in etching. He is a pivotal figure in landscape painting and his vast output simultaneously references the Neo-Classical tradition and anticipates the plein-air innovations of Impressionism. A detail of his canvas of "Ville d'Avray", ca. 1867, (oil on canvas, Washington, D.C: National Gallery of Art) is seen below. 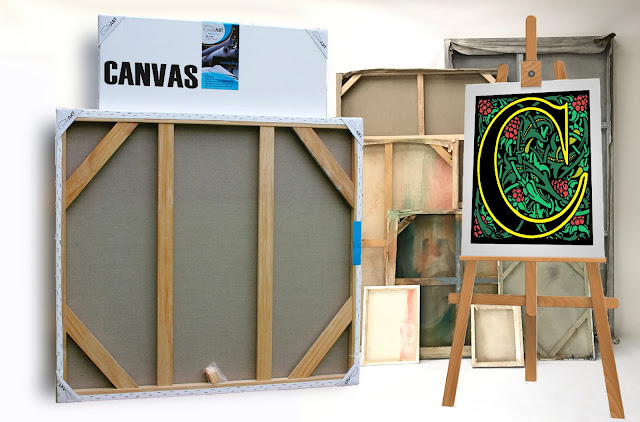 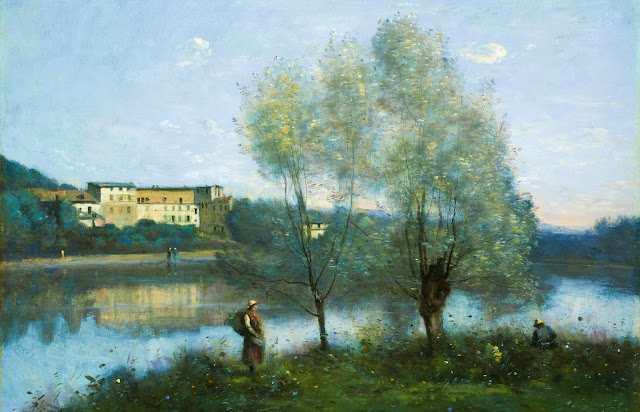 Posted by Melbourne Australia Photos at 12:28