The rainbow lorikeet (Trichoglossus moluccanus) is a species of parrot found in Australia. It is common along the eastern seaboard, from northern Queensland to South Australia. Its habitat is rainforest, coastal bush and woodland areas. Several taxa traditionally listed as subspecies of the rainbow lorikeet are now treated as separate species, 6 species have now been identified.
This post is part of the Saturday Critters meme. 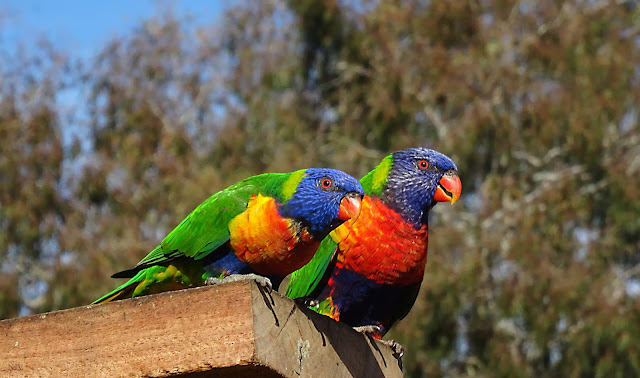 Posted by Melbourne Australia Photos at 18:27