The Australian raven (Corvus coronoides) is a passerine bird in the genus Corvus native to much of southern and northeastern Australia. Measuring 46–53 centimetres (18–21 in) in length, it has all-black plumage, beak and mouth, as well as strong grey-black legs and feet. The upperparts are glossy, with a purple, blue, or green sheen, and its black feathers have grey bases. The Australian raven is distinguished from the Australian crow species by its throat hackles, which are prominent in adult birds. Older adult individuals have white irises, younger adults have white irises with an inner blue rim, while younger birds have dark brown irises until fifteen months of age, and hazel irises with an inner blue rim around each pupil until age two years and ten months.

The willie (or willy) wagtail (Rhipidura leucophrys) is a passerine bird native to Australia, New Guinea, the Solomon Islands, the Bismarck Archipelago, and Eastern Indonesia. It is a common and familiar bird throughout much of its range, living in most habitats apart from thick forest. Measuring 19–21.5 cm in length, the willie wagtail is contrastingly coloured with almost entirely black upperparts and white underparts; the male and female have similar plumage.

Aggressive and territorial, the willie wagtail will often harass much larger birds such as the laughing kookaburra,RQ]A and wedge-tailed eagle. It has responded well to human alteration of the landscape and is a common sight in urban lawns, parks, and gardens. It was widely featured in Aboriginal folklore around the country as either a bringer of bad news or a stealer of secrets. 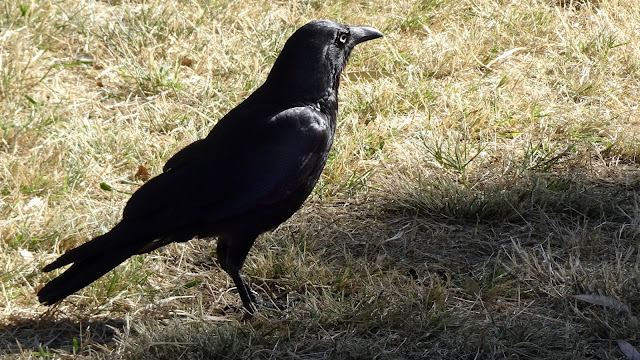 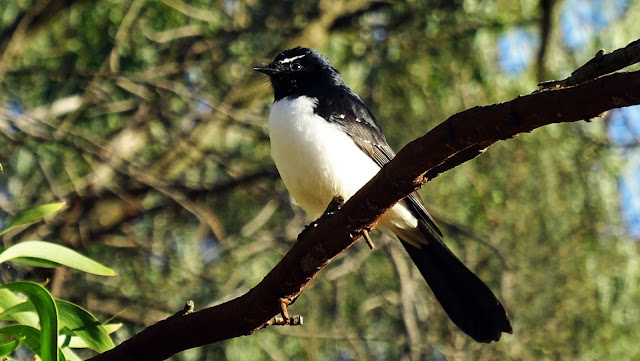 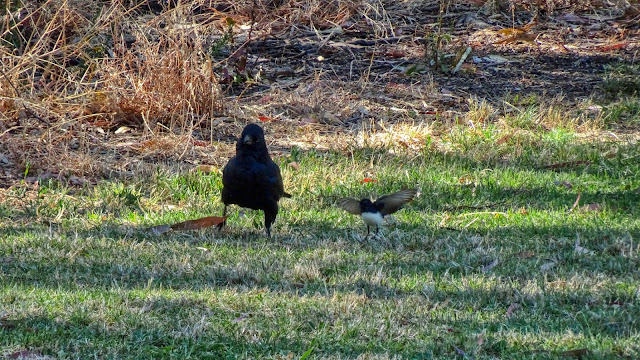 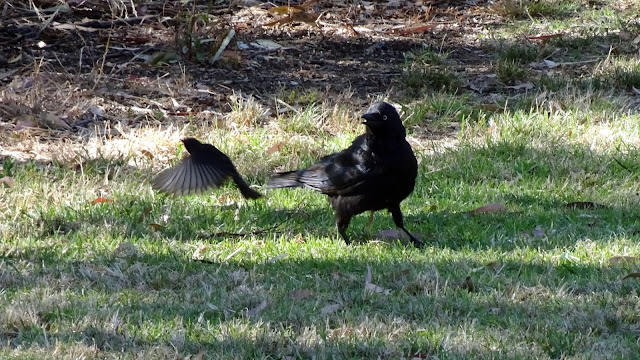 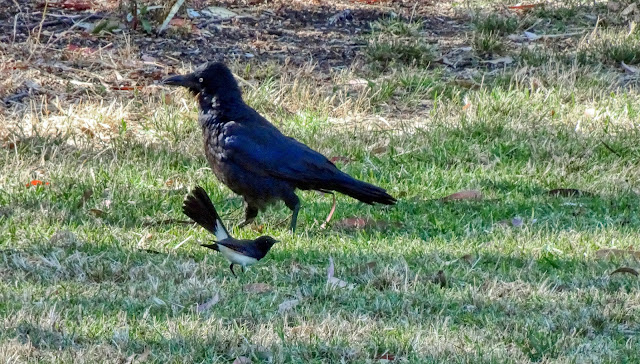