St Mary Star of the Sea is one of the most beautiful and historically significant churches in Australia. Originally with seating for over 1200 people, it has been described as the largest parish church in Melbourne, in Victoria, or even in Australia. The foundations of the current church were laid in June 1892. A young and as yet unknown architect, Edgar J. Henderson, tendered plans for a grandiose sandstone cruciform in the French Gothic style. At 175 feet long and 94 feet wide, the proposed church was criticised by Archbishop Carr for being too large, but parishioners embraced the ambitious project. Within a year, however, economic depression had wrought havoc on the project's finance. Remarkably, in the face of devastating poverty, parishioners managed to fund ongoing construction, and church was built in eight years.
On 18 February 1900, Cardinal Moran opened and blessed the new church to great fanfare, before an assembly of 1,400. Local Catholic newspaper The Advocate remarked that “The congregation has literally emerged from the worst ecclesiastical building in the colony to enter one of the finest.” The church was finally completed in 1925. On 12 February, His Excellency Archbishop Cattaneo, Apostolic Delegate, dedicated the new marble high altar and consecrated the completed church. 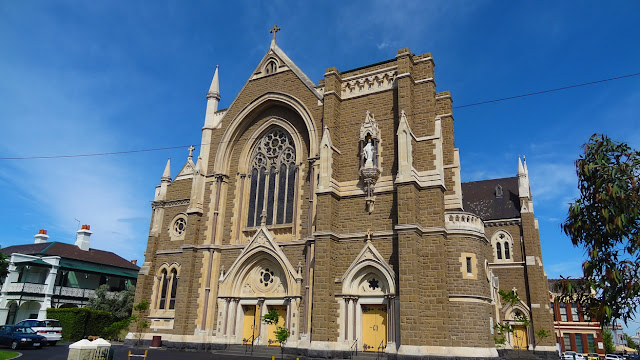 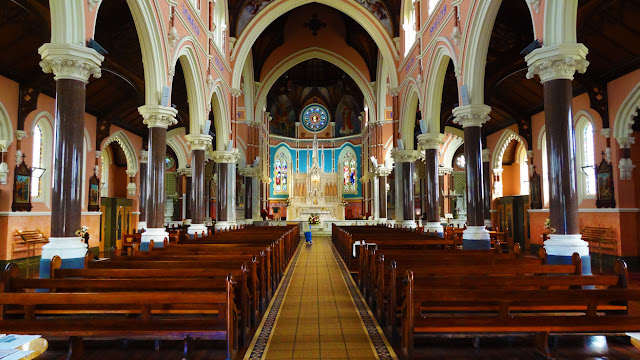 
Gregorio Allegri (1582 7 February 1652) was an Italian composer and priest of the Roman School of composers. He lived mainly in Rome, where he would later die.

By far the most celebrated composition of Allegri is the Miserere mei, Deus, a setting of Vulgate Psalm 51. It is written for two choirs, the one of five and the other of four voices, and has obtained considerable celebrity. One of the choirs sings a simple fauxbordon based on the original plainsong chant for the Tonus peregrinus; the other choir sings a similar fauxbordon with pre-existing elaborations and the use of cadenzas. The Miserere has for many years been sung annually during Holy Week in the Sistine Chapel.

Posted by Melbourne Australia Photos at 05:21