I spent a lot of my time at University of Melbourne across the road and also in the RMH during my education and training so it is very familiar to me. In the last couple of weeks I have had occasion to visit the hospital several times and these views are taken from the Eastern wing looking across to the West. The RMH buildings are certainly utilitarian and look dated, but the interior has been renovated extensively to provide top-level medical and surgical care.

Perhaps it is worthwhile remembering while celebrating the Festive Season that many people are in hospitals all over the world, gravely ill, some of whom may not see another Christmas. Looking at the sunset through that hospital window certainly reminded me of that...

This post is part of the Skywatch Friday meme. It is also part of the Whimsical Windows, Delirious Doors! meme. 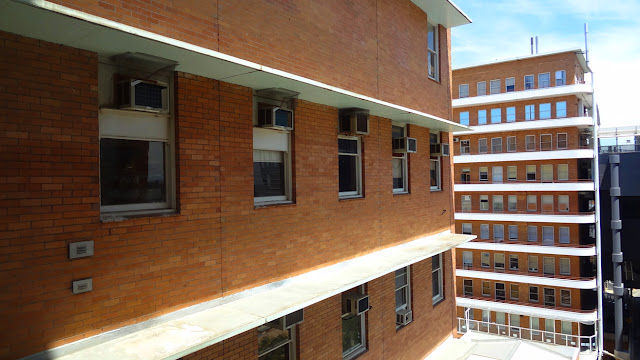 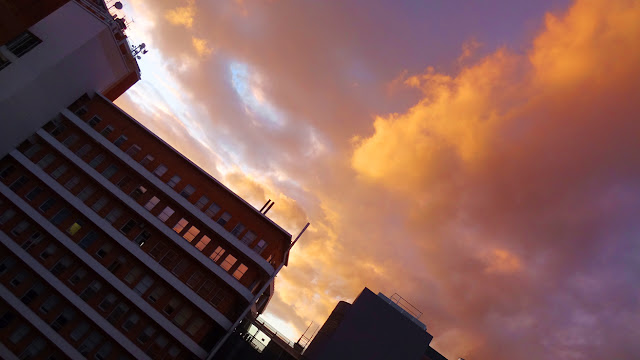 Posted by Melbourne Australia Photos at 04:10