Moorhens — sometimes called marsh hens — are medium-sized water birds that are members of the rail family (Rallidae). Most species are placed in the genus Gallinula, Latin for "little hen". They are close relatives of coots. They are often referred to as (black) gallinules. Recently, one of the species of Gallinula was found to have enough differences to form a new genus Paragallinula with the only species being the Lesser moorhen (Paragallinula angulata).

Two species from the Australian region, sometimes separated in Tribonyx, are called "nativehens". The nativehens differ visually by shorter, thicker and stubbier toes and bills, and longer tails that lack the white signal pattern of typical moorhens.

"Marsh Hens" are briefly mentioned in the Edgar Allan Poe story "The Gold-Bug", as part of a description of the ecology of Sullivan's Island. The main characters also prepare Marsh Hens for supper at one point early in the story. 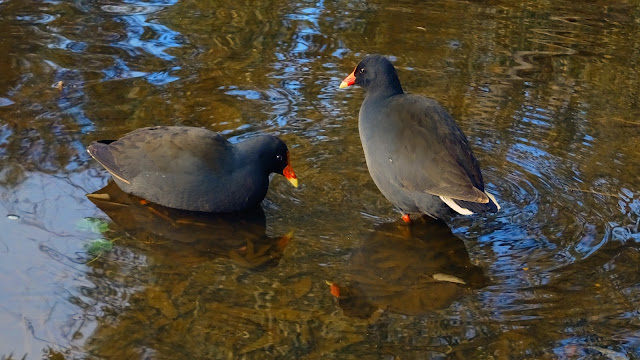 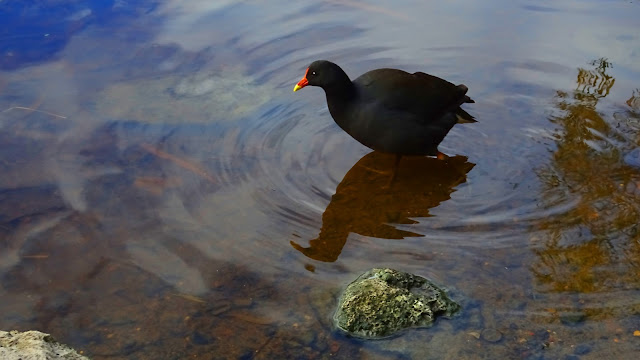 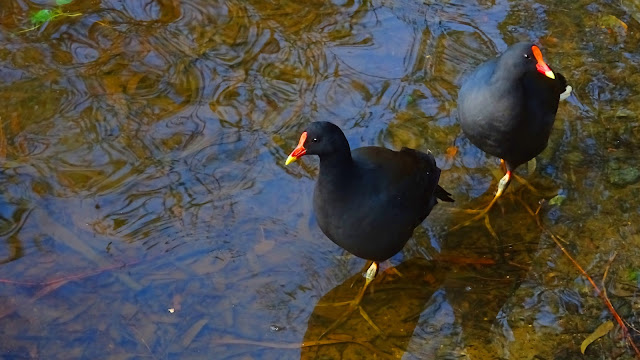 Posted by Melbourne Australia Photos at 18:16