Vinca major, with the common names bigleaf periwinkle, large periwinkle, greater periwinkle and blue periwinkle, is species of flowering plant in the family Apocynaceae, native to the western Mediterranean. Growing to 25 cm tall and spreading indefinitely, it is an evergreen perennial. Vinca major is a commonly grown ornamental plant in temperate gardens for its evergreen foliage, spring flowers, and groundcover or vine use. Many cultivars are available, with differences in flowers, such as white to dark violet flowers, and different patterns and colours of variegated foliage.

It occurs in southern Australia and into southeastern Queensland in regions with winter, summer or year-round rainfall, but its distribution does not extend into the semi-arid or alpine zones or the tropics. Extensive infestations have generally been recorded in regions receiving more than 600 mm annual rainfall. In drier areas it occurs along watercourses and drainage ditches and there are isolated records associated with plantings such as old or existing gardens. 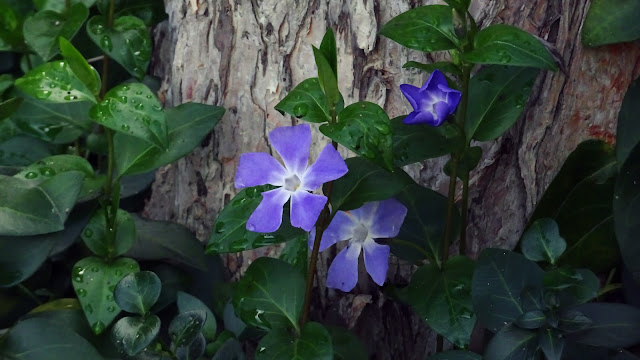 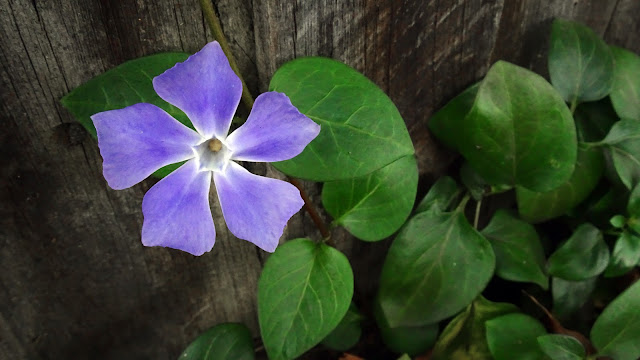 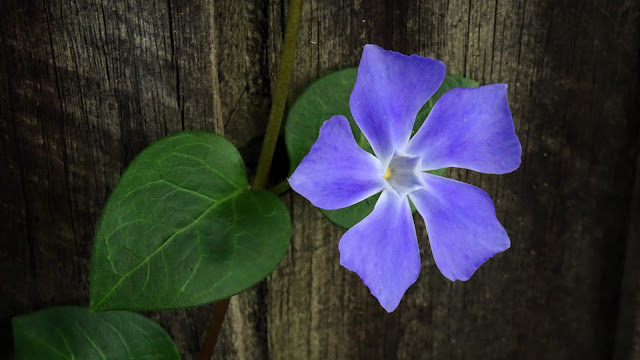 Posted by Melbourne Australia Photos at 18:42