John Batman bought the Northcote land from the Jaga Jaga tribe but the treaty was later declared invalid.  The top half of Northcote was sold to speculators in 1839.   Farmers along the more fertile upper reaches of the Merri Creek, Darebin Creek and the Yarra River supplied food for the growing city of Melbourne.  The surveyed township of Northcote was laid out in 1853, when there were just a dozen houses in the area.  By 1861 there were 170 houses.  Mansions and larger homes were established on Northcote Hill by the wealthy classes; a series of shops and hotels were constructed on major routes; and industries such as the Northcote Brick Company established in the early 1880's developed in the area.
A number of German immigrants settled in Northcote in the early 1850's.  Seven Germans bought blocks of land in Separation Street (named in honour of Victoria's independence from New South Wales), and they mostly settled on the flat land at the bottom of Northcote Hill.  The Germans were a close-knit community who wanted to preserve their national identity in a new country.  The 1901 census reveals that there were 77 German-born residents in Northcote. The Old Cemetery is located in Separation Street and is now wedged between houses and the All Nations Park at the rear.  The small rectangular cemetery is hidden away behind a one-metre red brick wall.  Entry is through a wrought iron pedestrian gate and vehicle gates supported by brick pillars.  This structure appears to have been erected in the 1960's.  The layout is structured around a central drive which runs from the entrance in Separation Street.
The records of initial burials are not available, but it would appear reasonable to that the earliest burials occurred in the 1860's.  Many graves bear names like Müller and Schwaebsh, although other nationalities are represented.  The earliest receipt book for burial fees commences on 10 February 1899.  The available records indicate fairly regular use of the cemetery up to about 1940.  There have been approximately 200 burials.  The cemetery has been closed since 1908, except for the holders of the right of burial.  The last burial was in 1971.  The Northcote City Council took-over the management of the cemetery in the 1920's, assuming all costs. Considerable works have made this cemetery a well-maintained and pleasant historic place.
This post is part of Our World Tuesday meme, and
The Taphophile Tragics meme. 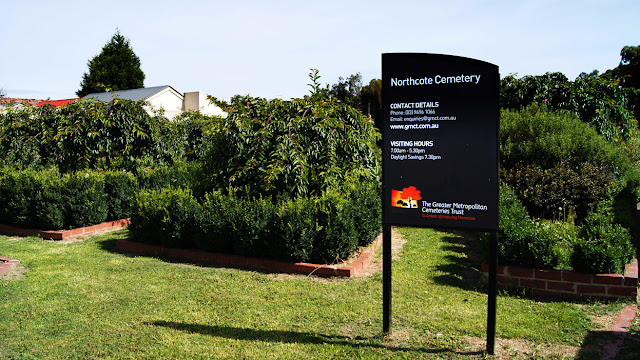 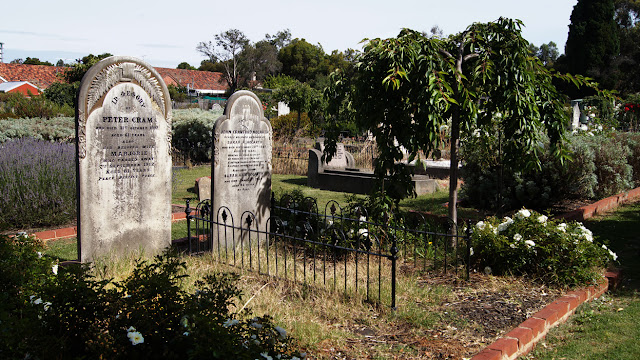 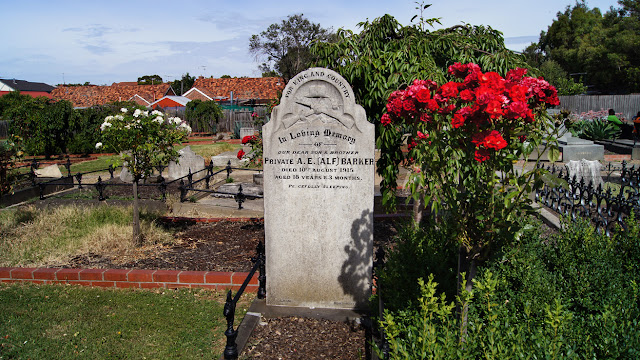 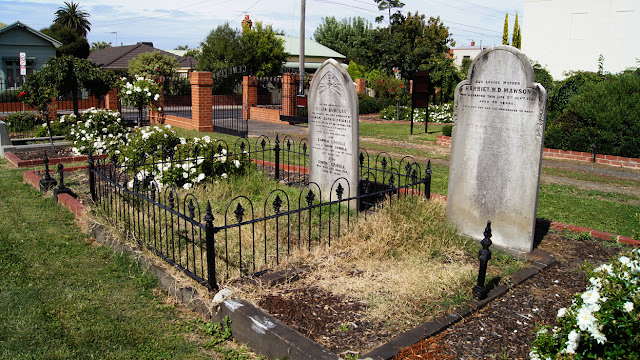 Posted by Melbourne Australia Photos at 03:39