Representative of Williamstown’s maritime history, large scale maritime industry dominates Williamstown's piers precinct and a maritime theme characterises the Nelson Place tourism precinct. BAE Systems Australia's Marine division (formerly Tenix) has operated out of Williamstown dockyards for nearly 20 years, during which time it has built ANZAC-class frigates for the Royal Australian Navy, and will also conduct completion of the Canberra class Landing Helicopter Dock vessels. The Nelson Place tourism precinct offers some of Melbourne's best waterfront eateries, many catering for al fresco dining and some with spectacular views of Melbourne's city skyline through the masts of bobbing boats on the foreshore. Also located on Nelson Place is a diverse range of arts, crafts and other speciality shops.

HMAS Castlemaine, berthed at Williamstown (and seen in the first photo) is open for public inspection and allows visitors to explore an original World War 2 warship. She is one of the 60 Australian-built Bathurst class corvettes to serve throughout World War Two and the last such vessel still afloat, having been restored by volunteers over three decades. Castlemaine is open to the public on weekends and public holidays.Today visitors can see how crews lived and worked during the war years, witness the original engines turning over and view a wide range of artefacts documenting Australian maritime history.

This post is part of the Watery Wednesday meme. 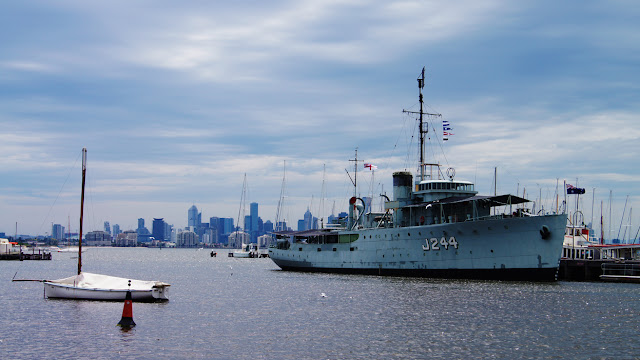 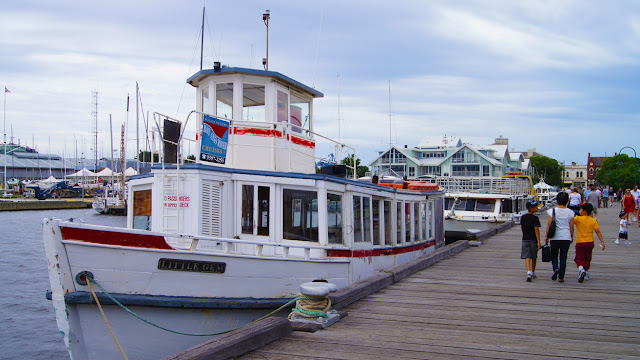 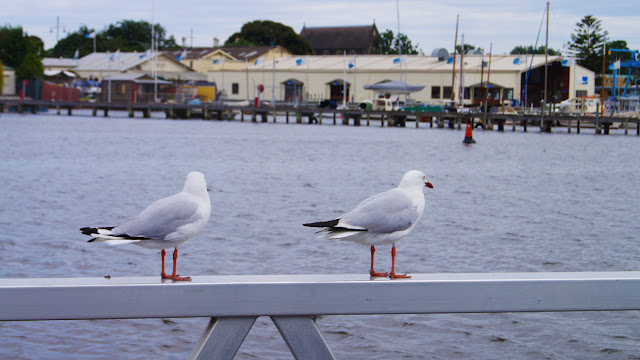 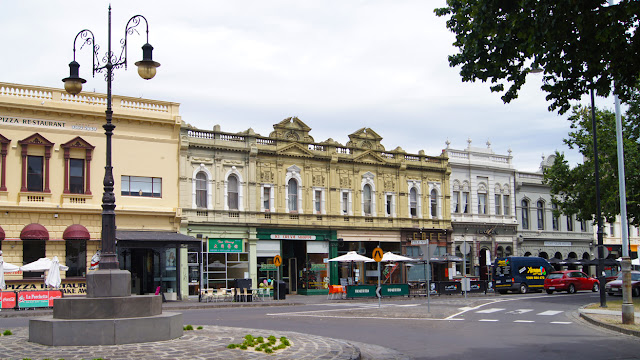 Posted by Melbourne Australia Photos at 03:36