The Regent Theatre is a 2162 seat theatre in Melbourne, Australia. It is listed by the National Trust of Australia and is on the Victorian Heritage Register.  When it opened on 15th March, 1929 as the flagship Melbourne theatre for Francis W. Thring's Regent franchise (later sold to Hoyts), the theatre had 3250 seats, was equipped with a Wurlitzer organ and was the second largest theatre after the State Theatre. It also had a ballroom, the Plaza, in the basement. The cinema was gutted by a fire on the 29 April, 1945 which destroyed both the auditorium and organ. The reconstructed Regent opened on 19 December, 1947, including a new organ, making it one of the last Picture Palaces to be built in the country. 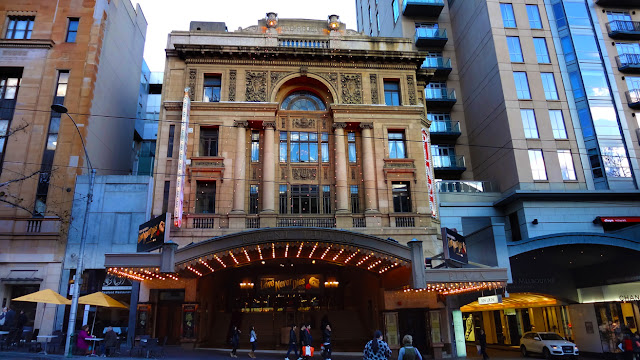 Posted by Melbourne Australia Photos at 13:57