The Yarra River, originally Birrarung, is a river in east-central Victoria, Australia. The lower stretches of the river is where the city of Melbourne was established in 1835 and today Greater Melbourne dominates and influences the landscape of its lower reaches. From its source in the Yarra Ranges, it flows 242 km west through the Yarra Valley which opens out into plains as it winds its way through Greater Melbourne before emptying into Hobsons Bay in northernmost Port Phillip.

This is my entry for Watery Wednesday photo theme day. 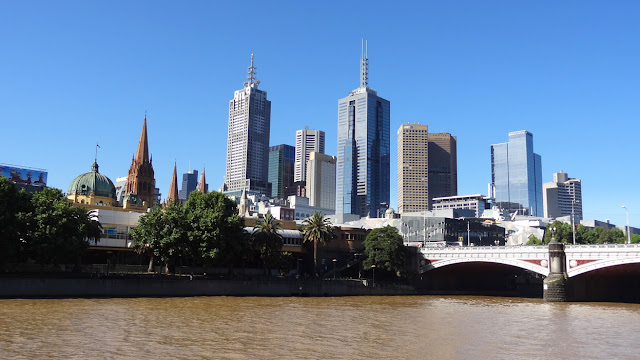 Posted by Melbourne Australia Photos at 03:27