Swinburne University of Technology is an Australian public dual sector university based in Melbourne, Victoria. The institution was founded by the Honourable George Swinburne in 1908 and achieved university status in June 1992. In 2009 there were 16,030 students enrolled in Higher education and an estimated 14,748 students enrolled in TAFE, including nearly 7000 international students from over 100 different countries. Swinburne has five campuses in Melbourne at Croydon, Hawthorn, Lilydale, Prahran, Wantirna – and one in Sarawak, Malaysia. As one of only five dual sector institutions in Australia, Swinburne offers both TAFE and higher education qualifications. This photograph is taken at the University's Hawthorn Campus.

This entry is part of the "Signs, Signs" meme. 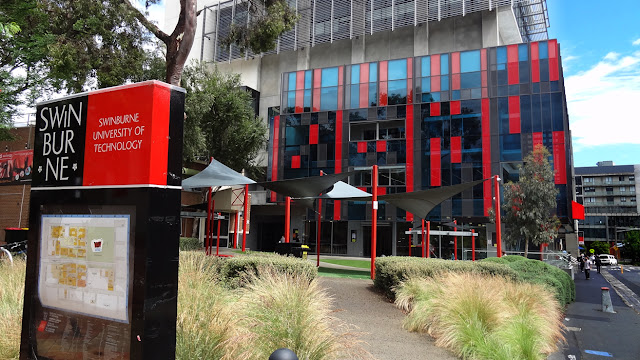 Posted by Melbourne Australia Photos at 01:52