The Shrine of Remembrance is Victoria’s largest and most visited war memorial and is probably Melbourne’s most recognised landmark. It is a permanent and lasting memorial to the ANZAC spirit and recognises those who served and those who died in the Great War of 1914-1918 and armed conflicts and peacekeeping duties since. The Shrine is located on Melbourne’s most recognised boulevard, St Kilda Road, just south of the Melbourne central business district.

You can view more of my photos of the Shrine of Remembrance, here. 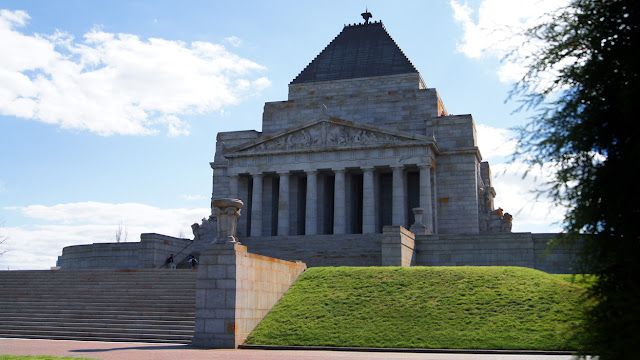 Posted by Melbourne Australia Photos at 06:48