The Coops Shot Tower is located in the heart of the Melbourne CBD in the Melbourne Central shopping complex. It was part of the Coops lead pipe and shot factory, completed in 1888 and is 50 metres high. The historic Coops building was saved from demolition in 1973 and was incorporated into the Melbourne Central complex in 1991 underneath an 84 m-high conical glass roof. Coop's Shot Tower is 9 storeys high, and has 327 steps to the top. The tower produced six tonnes of shot weekly up until 1961, when the demand for the lead shot dwindled, because of new firearm regulations. Recently, a museum called the Shot Tower Museum has been set up inside of the tower at the back of R.M. Williams, which is tenanted in the tower. 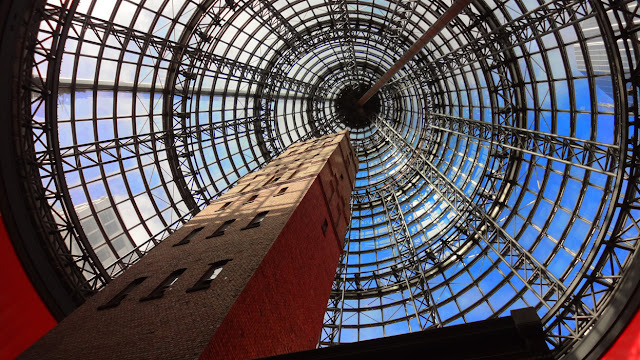 Posted by Melbourne Australia Photos at 01:37