This is a blog where each day, I post a photograph from my home city, Melbourne, Victoria Australia. Australia is a big country, it is a continent after all! Here is an interesting map comparing the areas of Europe and Australia.

In the map below, state capitals are designated by the red dots, while other cities by the black dots. Our capital city Canberra is obscured by the European map, but lies inland, midway between Sydney and Melbourne.

As of June 2009, the greater geographical area had a population of 4,077,036 with its residents called Melburnians. 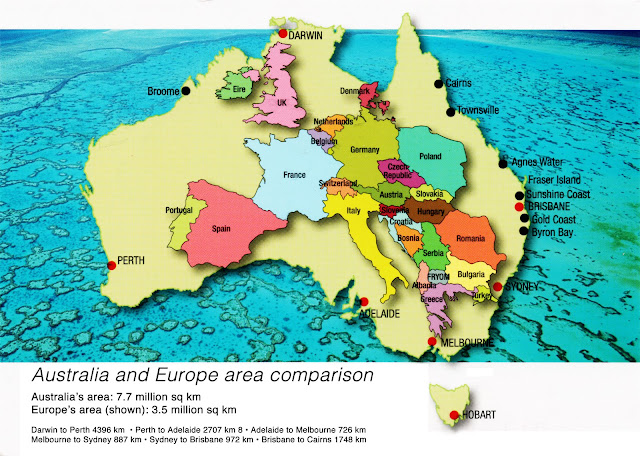 Posted by Melbourne Australia Photos at 05:19